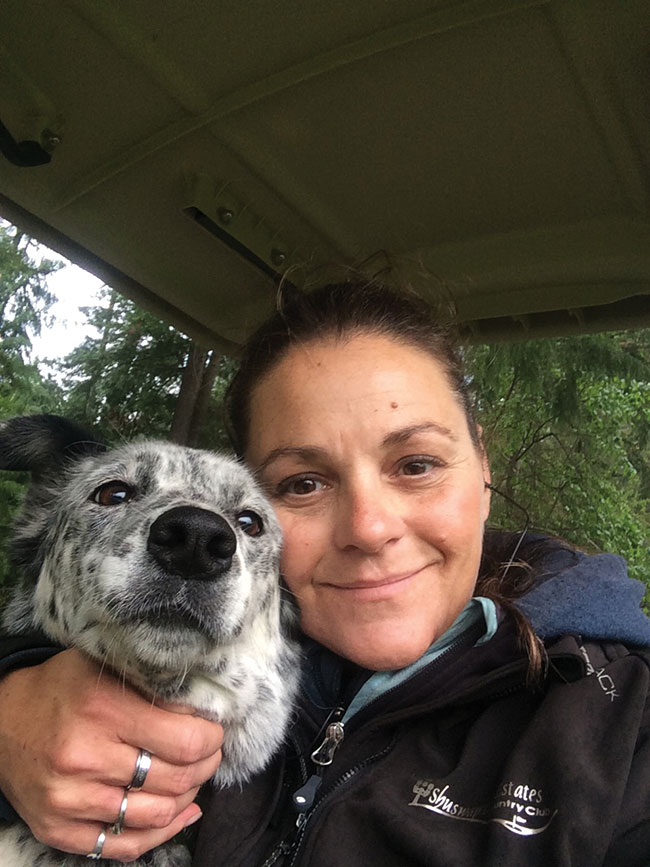 More and more women are entering the golf and turfgrass management profession in Canada, and more and more of them are reaching some of the highest pinnacles in the industry. They are golf course superintendents, owners of lawn care and landscaping businesses, sports turf managers, respected academics, key figures of industry supply companies and presidents of industry associations.

Although the industry is still heavily male-dominant, the percentage of women with careers in turf has been on the rise.

Turf & Rec recently interviewed two women from Western Canada who not only hold down prominent positions at their respective places of employment, but have also climbed to the top of the political ladder as presidents of industry associations.

Jenn Rozek
Jenn Rozek is superintendent at Shuswap Lake Estates Golf & Country Club in Blind Bay, B.C., a position she has held since 2009. Her start in golf, however, began with a job in the pro shop at a course in Christina Lake, located east of Penticton and just north of the Washington border. Having previously worked in tree planting and at a greenhouse nursery, she said she realized working mainly indoors wasn’t for her.

The pro shop position allowed her to get outside on occasion to do some gardening work, but she preferred to be outdoors all the time. Soon afterward, she secured a position within the turf maintenance department at the same golf course, “and I’ve never looked back.”

The course superintendent took Rozek under his wing and taught her what he could.

“Once he got me going, he said, ‘If you want to pursue this, you’re going to have to think about going to school.”

Knowing that a career in golf course maintenance was her career calling, Rozek enrolled at Kwantlen Polytechnic University (then called Kwantlen University College) in Surrey, graduating in 2005 with a diploma in turfgrass management. While in school, she honed her skills working at the municipal Fraserview Golf Course in Vancouver. Within a week of her graduation from Kwantlen, she landed an assistant superintendent’s position at a nearby course, but found the Vancouver housing market was a little too expensive.

Looking for more affordable opportunities outside the immediate Vancouver area, she applied at Shuswap Lake Estates in hopes of filling the vacant assistant superintendent’s position. Not only did she land the job, she was promoted to superintendent only a year later.

“I was a little nervous because I thought I’d spend a few more years being an assistant and learning a little bit more.”

Working mainly with men was a little trying at times in the beginning, Rozek said, recalling that while as an assistant the first time around she dealt with a few “old school guys” who sometimes didn’t want to listen to her.

“I didn’t take that personally. I kind of understood where they were coming from. I didn’t let that get to me.”

A few not-so-nice comments were also directed her way at some of the industry conferences in past years, but she said she didn’t let those get to her, either.

“I had already developed a good group of people that I hung out with, and they all had my back. I didn’t really have to worry about being bullied by a male.”

Things have been much better in the years since, Rozek said, adding she and her crew get along well together.

Rozek manages about a dozen staff at Shuswap Lake Estates, most of whom are male. One of the reasons why she has been able to develop a cohesive unit among her grounds maintenance staff is because she wants everyone to feel like he or she is part of a team and wants to hear everyone’s ideas. The approach has led to consistent staff retention.

One question she asks herself is, “How would I want to be treated?”

Even though her maintenance team is made up mostly of men, including some hard-working, semi-retired seniors, Rozek said she won’t hesitate to hire a woman if she has the right capabilities.

“Some of them (women she has hired) have been awesome… really, really good.”

Rozek has some advice for women who might be contemplating a career in turf.

“Don’t let it get into your head that it’s a male-dominated industry. If you have a passion for this type of career and like to work hard and want to be outside and want to be part of an industry with like-minded individuals, then go for it. Be confident about it. Ask lots of questions and show interest. I would also say create a network of colleagues and associates that you can rely on, whether it’s fellow employees or an industry rep.”

Rozek is currently in the midst of a two-year term as president of the British Columbia Golf Superintendents Association’s Interior chapter. She joined the board as a director in 2017 and was nominated as president at the end of 2019.

Since the outset of the COVID-19 pandemic, she’s been unable to preside over a “proper” meeting, “so I don’t know what it’s like to be at the helm with all the people in the room.”

With meetings having to be conducted virtually, the challenge has been to keep everyone engaged, she said, adding she doesn’t want the group feeling to become lost with the absence of in-person networking.

Some exciting things have been happening at Shuswap Lake Estates of late. A few years ago, the golf course was host to the British Columbia amateur senior men’s championship, which resulted in lots of positive feedback about course conditions from among the golfers in the field. Rozek is also hoping the course might secure a First Green program event, perhaps even this year. First Green is an environmental and STEM (science, technology, engineering and math) educational outreach program in which golf courses serve as learning labs.

“We’re just trying to set up the logistics with it due to COVID. We’re going to try to go ahead with it and plan a date.”

The local schools are already eager to participate, but understand the pandemic could result in its postponement.

Fun fact: Shuswap Lake Estates Golf & Country Club is owned by six sisters. Four of the club’s highest positions are held by women, including the general manager, the pro shop manager, the clubhouse manager and Rozek herself as superintendent.

“We get along really well, and tend to keep up the golf course just as good as anyone else.” 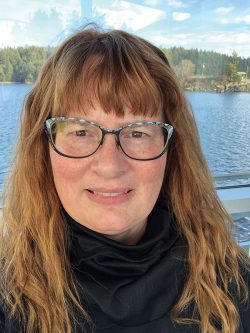 Dena Gent, operations manager at A.R. Mower and a past WCTA president.

In 2010, she served as president of the Western Canada Turfgrass Association, spending a total of seven years on its board. While serving as the association’s vice-president in 2009, she became directly involved in the search for a new executive director to succeed Bob Wick, who was retiring after a long tenure. Jerry Rousseau was hired as the WCTA’s new executive director and continues in the role.

“I was there for that whole transition when Bob Wick decided he was going to step down, and then in the hiring process to find Jerry,” Gent said. “So 2010 was actually the first conference that Jerry was executive director at.”

Gent became involved with the WCTA through the encouragement of Mark McMaster, owner of A.R. Mower and a past association board member. With already about 20 years of experience in the industry, she said she wanted to focus her involvement at the board level around the needs of golf course mechanics.

“I was trying to get the mechanics more involved and trying to be a voice for them. Mechanics want to see more hands-on demonstrations and less book work. They wanted more of a hands-on approach. I asked the mechanics a lot of questions and then reported back to the board.”

She was determined to amend WCTA conference seminars aimed at mechanics so that they became more education-driven. The result has produced more of a “wow” factor among attendees.

“When mechanics came out of a seminar, I asked them what they thought of the seminar and they would say, ‘I’ve heard it before.’”

But with more of a focus on education in the seminars, those coming out of the classes were later saying, “Wow, that was really good.”

Gent said mechanics enjoy seeing how other mechanics operate and how they set up their shops and equipment.

“Mechanics love to see how other guys do it, and they don’t get a lot of time to go from place to place, so it gave us an opportunity to set up buses so they could see other facilities and see how they did it. Maybe they can pick up a couple of tricks they hadn’t thought of.”

The programs she helped set up for golf course mechanics allowed those working at smaller courses to see first-hand how their contemporaries operate at such higher-end courses as Victoria Golf Club and Cordova Bay on Vancouver Island and Capilano and Marine Drive on the mainland.

“I think it’s important that they can see what else is out there and what’s available to them. It’s the little stuff they might not have thought about like getting oil in drums instead of cans and little things like that. Getting tips from each other is very valuable.”

Gent said having served on the WCTA board allowed her to see several golf courses and sports turf facilities with different perspectives.

“I’ve always said that at the end of the day, we’re all just growing grass, and it doesn’t matter if you’re golf or sports field.”

Gent wasn’t the first women to have served as WCTA president, saying she knows of at least four who have served in that capacity.

For women who are thinking about a career in turf, she offers this message:

“Get involved. It’s a great industry. You have to be careful and cautious sometimes as a female,” noting that when she started during the early 1990s, the thought was that maybe women didn’t know as much or about what they were doing, “so you might have to learn a little bit more.”