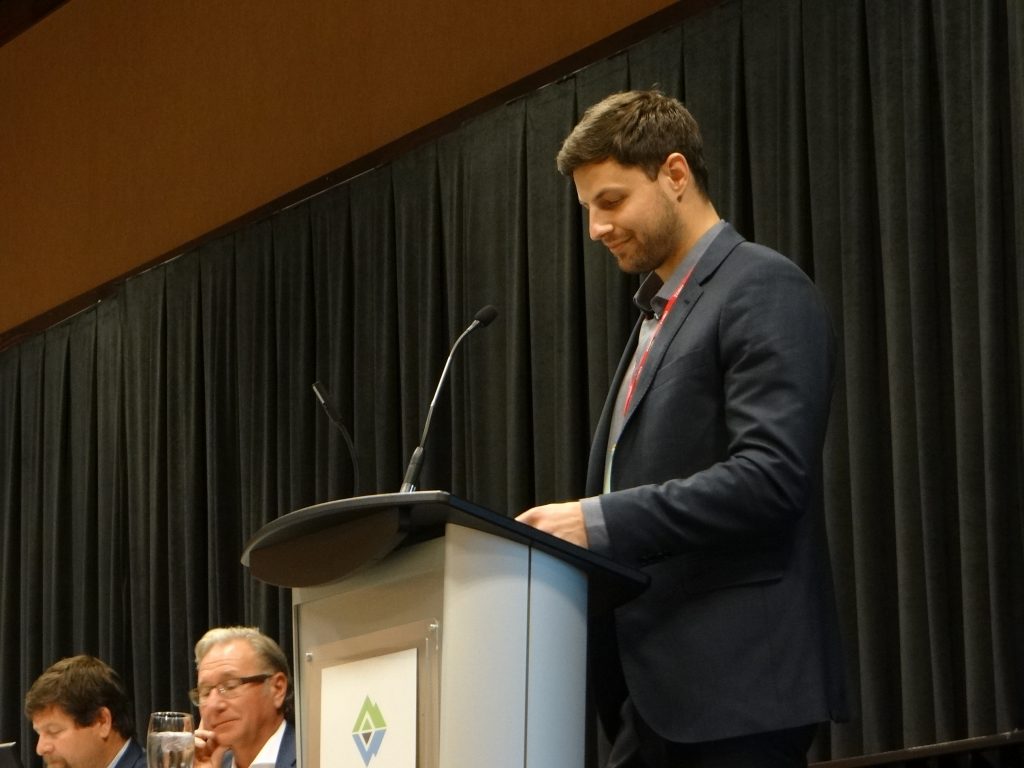 July 4, 2018 – The future of Canada’s professional turf and grounds maintenance industry is in good hands. From coast to coast, several bright, young superstars have been making a difference in the industry, paving the way for the next wave of up-and-coming professionals. This week, we profile the seventh (in alphabetical order) of our Top 10 Under 40 roster of selected recipients: Travis Olson.

Travis Olson, 31, superintendent, Kamloops Golf & Country Club, Kamloops, B.C.
Olson has been with the Kamloops Golf & Country Club for 15 years. The story of his love of turf is similar to that of others in the industry. As a teenager, he began at the Kamloops club, spending his summers in the pro shop cleaning clubs and carts. In 2005, he joined the club’s maintenance staff – the “dark side” as he puts it – while completing his bachelor of business administration and arts degrees at Thompson River University in 2009. He furthered his education at Kwantlen Polytechnic University, graduating in 2011 after studying turf management.

As impressive as two university degrees and a turf management diploma are, his story began a new chapter in 2011 when he joined a select list of individuals who received the Toro/CGSA Canadian Future Superintendent of the Year Award. By winning the award, he spent six weeks in the United Kingdom working at more than a dozen golf courses.

As a relatively young superintendent in a demanding position, he ran for a position on the WCTA board of directors in hopes of having a positive impact on the turf management industry, stating in his director candidate profile that he is a strong supporter of continuing education and mentorship. In a few short years, Olson became the WCTA’s first director of finance – a position created in 2016 – for which he has been actively involved with all aspects of the association, including teaming up with Cameron Watt to manage the association’s social media program.

Related
Assistant superintendent already has impressive resume
Superintendent has been around golf his entire life
Can naturalists and disc golfers get along in Kamloops?
Superintendent sets her course on path of sustainability