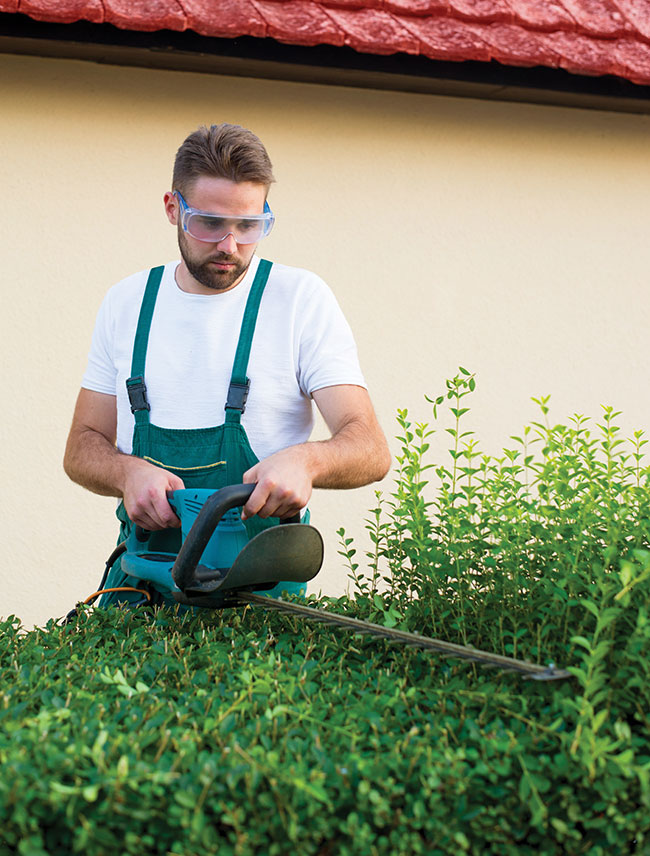 In the world of landscaping, employees need to come before customers. If employees are treated fairly by their employers, they are apt to become more engaged, become more productive, claim fewer sick days and will want to remain longer with their companies. In the end, it’s good business and companies will turn a higher profit.

So say a couple of veteran CEOs of well-established landscaping companies, who shared their business strategies during a presentation of last fall’s virtual delivery of the GIE+EXPO, normally held as a live event in Louisville, Ky.

The role of a company CEO is to grow and mentor others, Paul Fraynd, CEO of Nebraska-based Sun Valley Landscaping, said.

“It’s not about you. It’s about all these people you bring up.”

Fraynd, whose business employs 16 full-time and up to 35 seasonal workers, was joined in the virtual presentation by Seth Kehne, founder of Tennessee-based Lawn Butler, a company that employs about 85 people in landscape design/build and maintenance for both residential and commercial customers.

As leaders, “we’re impacting not only our team members’ lives, but their families, our vendors and our customers,” Kehne said.

Fraynd said building an employee-centric culture is imperative, noting people prefer to work for a business that values them as human beings and puts them ahead of shareholder values. According to research, he said, about 85 per cent of employees aren’t fully engaged in their jobs, adding people will care more, will have more accountability and will be happier when engaged, resulting in better job performances.

He said he was shocked to learn another statistic from the same research that suggested 81 per cent of people working in the industry are looking for another job. Having an engaged workforce will boost productivity by 21 per cent. Employees will have 41 per cent less absenteeism, resulting in their companies growing four times greater than those with non-engaged employees. Companies with largely engaged employees also find it easier to hire and retain staff.

“It’s proven that employee satisfaction leads to better outcomes for your clients and ultimately for your company,” Fraynd said.

Employee turnover is impacted by a company’s culture, Kehne said. If an employee feels he is respected for the work he does, that’s often a greater incentive to remain with that company than to go elsewhere for an additional dollar an hour or an extra week of vacation. If a business has a good company culture, employees won’t want to let others down, he said.

Kehne said he originally hired employees he knew were good people, but added it didn’t train him well into being a good boss.

“It took me a long time to be able to understand that I needed to lay out expectations – let them know quickly when they’re not hitting expectations and letting them know what a win was and what a loss was.”

Fraynd recalled a talented crew member who was having difficulties in his private life and needed awakening every morning and taken into work. He said he wondered how his other employees viewed the situation when they arrived to work on time, knowing also that their co-worker earned more money.

“It sent a completely wrong signal,” he said.

Kehne said his business has experienced about 10 per cent growth annually over the past 10 years. One of the ways his company was allowed to grow came with the development of a group that gave team members a chance to present ideas of their own, leading to productive discussions.

Landscaping and lawn care employees who are treated fairly by their employers are apt to become more engaged, leading to a more productive and profitable business. Photo: Getty Images/Huntstock

“You have to set yourself apart in the way you treat your people,” he said. “If you can get the people part right in this business, you’re going to be successful.”

Kehne said there are a series of strategies involved in building an employee-centric culture, starting with purpose, values and fun. Getting people to buy in and understand that their job matters is key because the industry tends to attract people who have previously been treated poorly and not respected, he added.

“We can make a difference in people’s lives by just caring for them.”

Fraynd said it’s important to make the job fun for employees, and leaders must use grace when dealing with staff – even when someone must be let go. Having too much grace can have consequences, however, Kehne added, suggesting it could even make matters worse.

“We try to have genuine care for our team,” Kehne said.

Lawn Butler has retained a corporate chaplain who visits once a week and says hello to the staff. He’s available for private discussions with Kehne’s staff and keeps all conversations confidential. Kehne said he doesn’t have sufficient time to have frank discussions with all of his employees, but the chaplain is available 24 hours a day if a matter is particularly bothersome to the worker.

Fraynd said a worker can’t simply be judged off-handed as lazy if he fails to show for work or puts in a poor work performance, suggesting there may be a valid reason behind it. Rather than tell the employee that he’d “better get better at this or else,” he meets with the individual and asks what’s going on with his life, telling him he’s worried about him. He said it’s a more effective approach than saying to the employee that if he doesn’t smarten up, he won’t remain employed much longer. Adopting the gentler tact, the company gives the employee 90 days to show improvement with check-in periods scheduled every 30 days.

“Getting to know people on a personal level helps to know these things,” Fraynd said. “If you actually show people you care, the people who are still left see that respect you gave to the person who’s leaving, and that shows your values in action all the time.”

Further illustrating his company’s mission to put employees first, Fraynd shared the story of a customer who wanted Sun Valley Landscaping to replace a couple of dying trees on his property. The customer had a reputation for being difficult and was not pleased that the crew maintaining his property – whose mother tongue was Spanish – spoke little English. He sent an email to the company to voice his displeasure, also wondering if the workers were being paid under the table and were perhaps involved in other improprieties. The company’s general manager told Fraynd he didn’t think the customer was respectful enough to the crew for the business to continue to maintain his property. The company mailed a letter and cheque to the customer, letting him know that Sun Valley Landscaping strives to treat their employees as valued human beings, adding, “We’re not coming back to your property.” The directive was applauded by the company’s employees.

Both Fraynd and Kehne practise what they call “open book management,” meaning strategies and financial information (except for salary disclosures) are shared with team members. Fraynd said if such information isn’t sugar-coated and employees are provided with the truth, the company will have better workers.

He said his company experienced a lacklustre year in 2018, adding, “We were in a bad spot and low on cash.” Employees were told that if another bad year followed, the company might not make it, and he implored his staff to step up. The team responded by saying, “You’ve always had our back and now we have yours.”

Fraynd said he was personally motivated by the positive feedback received from his employees, and 2019 was a turnaround year.

If a company can resist living in fear and not dwelling on the “what ifs,” hard work and good people will take the team in the right direction, Kehne said. Growth presents opportunities for the team, he added, saying if it’s not there, the only growth that will come will be via attrition.

Lawn Butler tries as much as possible to hire from within, and about 80 per cent of its senior positions have been filled in this manner. As another means of putting his employees first, Kehne said employees are periodically rewarded with gift cards when customers provide positive feedback following a service that has been provided.