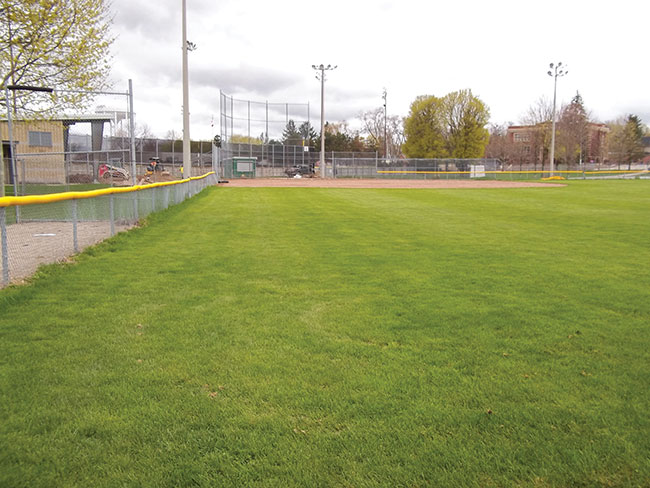 The grand opening of Windsor, Ont.’s Farrow Riverside Miracle Park has been set for May 14, 2022. Redevelopment of the sports park is nearing completion.

The project was spearheaded by the Riverside Minor Baseball Association and approved by city council in 2017. It transformed the former Riverside Arena property into a modern, inclusive outdoor community hub featuring diverse recreation and sports facilities that are fully accessible to visitors of all ages and abilities.

The city invested about $1.9 million toward the project while additional funding was provided by such other groups as the Canadian Tire Jumpstart Charities, Solcz Family Foundation, Toldo Foundation, Moramos Shrine Club of Windsor and Ontario Trillium Foundation. Coun. Jo-Anne Gignac also contributed $100,000 in ward funds to support the project.

“The transformation of the Farrow Riverside Miracle Park has added new vitality to one of Windsor’s most historic neighbourhoods,” Windsor Mayor Drew Dilkins said. “The park has quickly become one of Windsor’s biggest attractions for outdoor recreation for visitors of all ages and abilities, and more improvements are still to come. This fall, we are adding the new Toldo Foundation accessible wellness trail, finishing the landscaping around the new exercise stations and adding finishing touches to the baseball diamonds in time for the grand opening next May. These improvements would not have been possible without the full support of our community, and I thank the Riverside Minor Baseball Association and steering committee members for their leadership in bringing this project to fruition.”

All construction is expected to be completed in time for the official grand opening ceremony in May. This will kick off Windsor’s inaugural Miracle League baseball season; celebrate the project’s completion; and pay tribute to the many community residents, philanthropists and partners who contributed to the revitalization of the historic park located in the heart of Riverside.