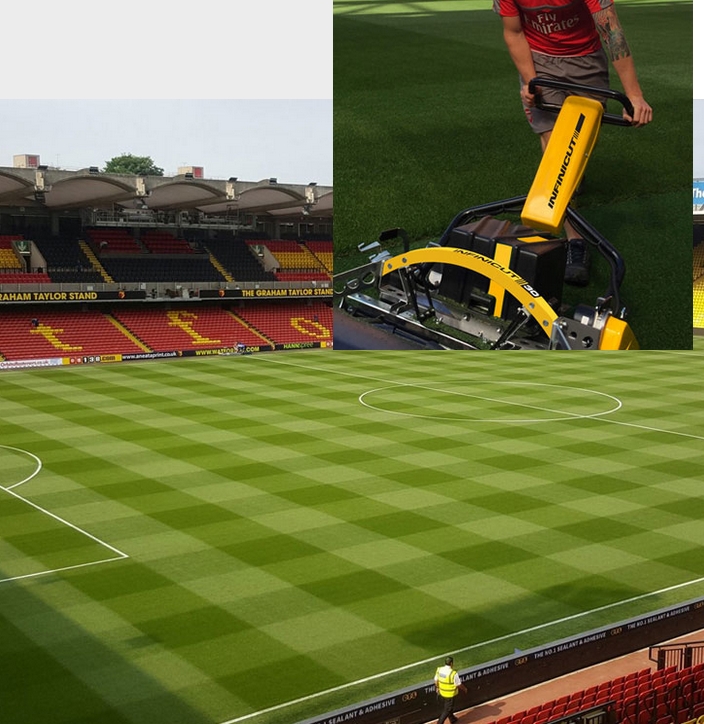 July 24, 2018 – The turf conditions for the recently concluded World Cup of Soccer competition in Russia were second to none. Cub Cadet’s Infinicut turf mower was used to groom the pitches for the games involving the world’s greatest players.

It’s dynamic floating head mechanism has a dynamic return feature that is constantly spreading the weight of the cassette evenly, even on steep slopes. No moving parts means no wear and less maintenance. The weight transfer to the cassette is limited because the collection bucket is mounted on the traction unit frame. The result makes the unit optimally balanced during operation and end-of-line turning, giving a more consistent height in use.

The Infinicut derives its flexibility from the use of a variety of SMART cassettes. Whatever the objective, the appropriate cassette can be chosen to meet the specific needs of the turf. The infinitely variable clip rate and forward speed adjustment results in a no-compromise solution to greens turf maintenance.

Power is produced from a dual source (either petrol engine or battery module) to deliver drive to both the traction and reel’s DC brushless motor. They can be quickly swapped – in field if necessary – to suit the working environment. The hybrid configuration improves fuel efficiency while the battery drive reduces noise and vibration.

John Coleman, manager, MTD specialty turf, U.K., wrote a couple of blogs for Cub Cadet in which he assessed the quality of turf at both the World Cup and Wimbledon tennis championships, comparing them, respectively, to home lawns and star athletes.