Superintendents can find themselves under stress for a variety of reasons 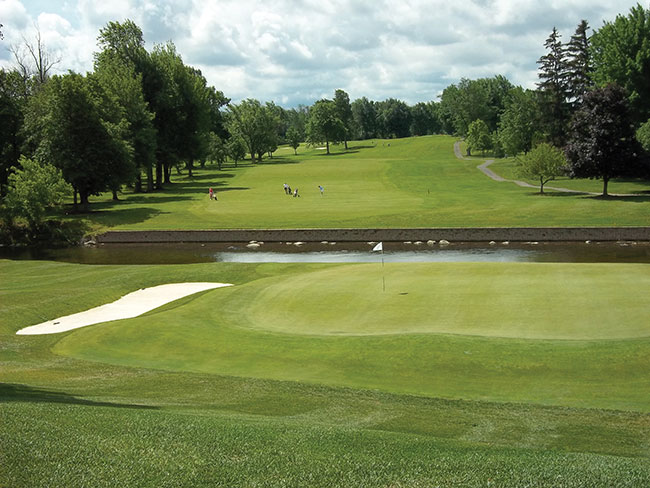 A motion that might have enabled golf courses to reopen sooner than the June 2 stay-at-home deadline was defeated yesterday. Turf & Rec photo

Mental health issues affect people in all lines of work, and the golf industry is no exception. Golf superintendents are often under stress for a variety of reasons, whether it’s an epic battle with Mother Nature during the heat of summer, dealing with staffing issues or facing the pressure to meet the demands of the club’s board of directors. Additionally, those experiencing mental health issues could be the individuals who answer to the superintendent.

“The elephant in the room is the toll this industry takes on all of you – your family and your relationships and you as a person,” Judy Johnson of Light of Day Coaching told superintendents attending March’s Canadian Golf Course Management Conference in Ottawa. “My hope is to continue to fan the flames of recognition of mental health and the stigma that’s associated with it, and how maybe we can strengthen your tool box.”

Johnson knows first-hand the stress factors that can trigger mental health disorders within the golf industry. Before studying to become a certified coach and opening her own practice, she spent several years in the golf industry as assistant superintendent at Oakville’s Glen Abbey Golf Club before opening her own consulting business to work with golf courses’ integrated pest management programs.

As a certified coach, she endeavours to unlock people’s negative inner voice and empower, inspire and support them so that they can make the necessary changes to better themselves. She says individuals can look upon obstacles as roadblocks or they can recognize that being uncomfortable and stuck is an opportunity to grow and change.

While studying for her masters’ degree in leadership at the University of Guelph, Johnson said she realized she wasn’t fully sinking into the idea of what self-awareness encompasses.

“Your intention versus your impact can be two very different things,” she said, noting how something is said or shared may differ from how it is received by others. “Understanding the dichotomy of those two can help you sink down into self-awareness in a larger and deeper degree.”

When sinking into self-awareness, the key is understanding how people are being impacted, she said.

Johnson recalled that when growing up, the terms “work ethic” to her meant getting up each morning, arriving to work on time, “go, go, go” on the job and leaving when the boss says so.

“What I now know about work ethic means understanding my value and what I’m bringing to the table – my impact. It also means there is no shame in being let go because if the organizational fit is not good for you or for them, you’re not in a win-win situation which doesn’t make for good employee relations.”

To further define her initial assumption of the meaning of work ethic, she recalled an incident from her youth during which her mother was lying on the kitchen floor in a dizzy state. Asked if she could do anything to help her mother, she was advised to simply get ready for school and not be late for the bus. A few minutes later, her mother got up, dressed and left for work.

“I just assumed that a work ethic meant that no matter how ill you were feeling, you still went to work.”

Not Myself Today
Looking at the example from a mental health perspective, Johnson said the Canadian Mental Health Association figures one in five people is afflicted with a mental health disorder. But that number is probably low, she suspects, because of the stigma attached to mental health, and the people who answered the survey didn’t have the courage to admit they had a problem.

“That stigma is so huge that I don’t even think some of our stats for Canadians are true.”

One of the association’s programs is called “Not Myself Today” – a workplace mental health campaign.

“What would happen if one of your employees came up to you and said, ‘I’m not myself today?’ What would your response be? Would you feel somewhat uncomfortable when you start to think how that will impact you? Do you dismiss them and tell them to go home because you don’t want to deal with it? Are you feeling more stressed knowing that that person was going to tackle a particular job that day?”

The most difficult things in life are also the most uncomfortable, Johnson said, noting, “If we can sink into that and start dispelling that elephant in the room, that can be a powerful motivator and powerful empowerment for the turf industry.”

While working at Glen Abbey, she said she once worked 117 hours over the course of eight days during a Canadian Open championship week. She said it was her ambition to work extra hard that week to do her part to ensure the event was a success.

“The whole team was working hard to put on a spectacular show and to do Glen Abbey proud. The difference is the hamster wheel that was in my head said I had to do that in order to compete and be better and to be successful in the industry. That’s what I told myself.”

But, Johnson reflected, it was a judgment she made figuring it was what she needed to do to fit in. Looking back, however, it was a “week of shame” to have put in that much time.

“When you know better, you do better.”

Johnson was interviewed for superintendent jobs while at Glen Abbey and was offered her “dream job,” but turned it down, saying she had neither the courage nor wherewithal to accept it. She said she felt “buried alive” and “burned out” and decided to open her own consulting business instead. 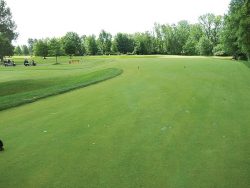 Perfect turf conditions can leave golf superintendents feeling good about themselves, but a turn for the worse can leave them feeling mentally strained.

Johnson said she wanted to share that story with her audience to serve as a catalyst.

“When you allow your mental health and well-being and your physical well-being to erode, it’s very difficult to make the journey back.”

Good days and bad days
It’s human nature for an individual to have good days and bad days, but she wondered if it is a sign or if a pattern is emerging when the bad outnumber the good. If a superintendent is having a bad day, is that something he readily shares with others, she mused.

“Are you acknowledging your own emotions or are you burying them?”

Superintendents will often take to Twitter or make a call to a colleague if a key piece of equipment breaks down and is needed to remedy an agronomic issue. Because superintendents are part of a tight-knit group of people, they tend to pull together for one another in their time of need. But if a superintendent tweets that he’s “not himself today,” the response would likely be different, she said, suggesting others wouldn’t know what to say or what to do.

“You can fix pythium. You can’t fix mental health.”

Johnson said superintendents are tremendous mentors who help others develop, suggesting that mental health should perhaps be incorporated into mentorship programs. Attracting and keeping good people is one of the challenges of the golf industry. Superintendents, she said, have an amazing connectivity with one another.

“When you’re not having a good day, who do you want to connect with?” An accountability partner will help, she said “By creating this accountability, you’re increasing your legacy by showcasing to your team that it’s not always the best day. It’s OK to say you’re having a crap day.”

Mental health issues are not going away, Johnson said, and that needs to change. She said if superintendents treated their turf in the same manner as they did 20 years ago, it would be unhealthy, compacted and nutrition depleted.

Johnson said if a superintendent is to mentor and shape others, he needs to give something back, making a comparison to oxygen masks on an airplane. “You have to give something to yourself before you can help others.”