Features Golf
Communications: a key skill for golf superintendents to have

Golf superintendents can positively influence what golfers are saying about them 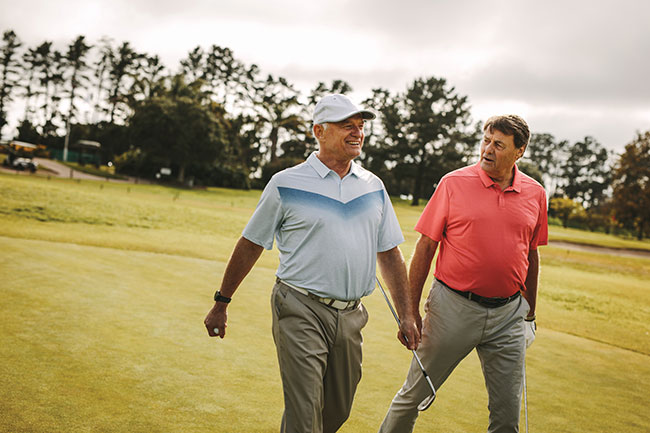 Golf superintendents who are able to listen to the concerns of their members can develop healthy, less-stressful relationships with their clientele. Photo: © Jacob Lund / adobe stock

Golf course superintendents have a lot on their plates. They not only meticulously manage what is arguably the largest playing surface in all of sports, but they have a number of people under their wing to coach, an expensive fleet of equipment to maintain, and scores of demanding members to please.

It’s the latter than can sometimes rattle a superintendent and present a challenge to his or her interpersonal skills.

Tim O’Connor, a coach to golf industry professionals, golfers and business people, and a former communications lecturer at the University of Guelph’s turfgrass diploma program, offered some advice in March to superintendents who may face that “hard conversation” with club members. Speaking in a virtual setting at the Canadian Golf Course Management Conference, he said, “Having the ability to have a hard conversation, to be able to communicate well in all different ways… that is one of the keys to your career in lowering your stress as a superintendent.”

The challenge, he said, is to know how to positively influence what golfers are saying about the superintendent.

“We can’t necessarily control those things, but we can manage them, and we can influence them.”

In recent years, O’Connor has been working with superintendents and club professionals from ClubLink courses on communications skills in dealing with members and staff, with a focus on the ability to listen to people.

He shared a situation that happened last year at a private golf course near Guelph. During a period of extreme heat at the outset of summer, an irrigation pipe had broken which took four days to replace. In the meantime, the inability to provide sufficient water led to the golf course getting “baked.” Greens were saved through hand watering, but tees and fairways suffered and members were “cheesed.”

O’Connor was already invested in coaching the superintendent and director of operations at the time. A club member O’Connor played with one day during this period complained non-stop about the sub-par conditions of the golf course. By the end of the third hole, O’Connor asked the member to stop, telling him the superintendent was doing the best he could under the circumstances.

In retrospect, O’Connor admitted the way he dealt with the matter wasn’t the best approach.

“What I realized that I had done was that I had taken it personally – what this member said to me – because I was working with the team and I felt badly for them.”

Reacting personally and defensively are considered the “mortal sins” of communications, he said, and the mistake he made was not fully listening to what the member had to say. 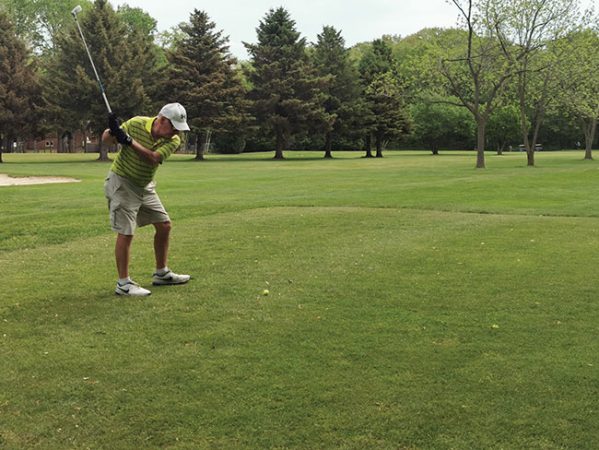 He said it’s important for superintendents to step in and have those hard conservations with angry members, even though such dialogue may be awkward and create nervous tension.

“If we don’t have those conversations, resentments build.”

That lack of communication also creates divisions while morale and trust decline.

To be a great communicator, one must first be a good listener. He must also “seek first to understand, and then be understood.”

O’Connor told the story of a high-ranking ClubLink official who was appraised of a number of member complaints concerning course conditions, food quality and tournament operations. The official turned up at the next men’s league night dinner and entertained a question-and-answer session for the concerned members.

“I thought this was amazing on his part. It would have been very easy to set up a meeting with the men’s captain and the ladies’ captain and the head pro, and do this privately. But he put himself right in the line of fire.”

The ClubLink official listened to members’ concerns and answered each question to the best of his ability, promising he would get back to anyone whose question he couldn’t immediately answer. He also left the members with his telephone number and email address.

“This was a textbook example of great communications,” O’Connor said.

One of the members’ concerns was the unevenness of several tees. Within a couple of weeks of the meeting with members, work was done to resolve the problem. O’Connor said the members were impressed the ClubLink official had freely given out his contact information.

“It was an amazing thing for me to witness as someone having a hard conversation, not just with one person but about 80.”

The ClubLink executive used clarity, hearing directly from the members instead of sifting through reports or relying on whispers and gossip.

By stepping into the fray and communicating, trust is established, O’Connor said, adding that when there is a misunderstanding and something goes sideways, an emotional charge results, possibly accompanied by anger or frustration.

“You have to release that charge. If you don’t release the charge, it gets worse and it festers,” and often leads to name-calling and polarity. By having that hard conversation, relationships are built and enhanced.

When things go sideways, there is often the tendency to “turtle” and avoid having the conversation. But not facing the fire is one of the worst things someone can do, O’Connor said.

During the period of extreme heat and drought in June and July of 2020 in southern Ontario, he witnessed a club member at the course he was playing approach the superintendent to discuss the scorched course conditions. The superintendent allowed the member to finish venting, then told him he understood why he felt the way he did.

“He sought first to understand before being understood.”

The superintendent proceeded to tell the member what the club planned to do to remedy the situation, including verticutting fairways to remove thatch, sodding 10 tees, and installing isolation valves to avoid being caught in the event of another irrigation system mishap.

“He turned this man from an adversary into an ally. This member became one of his ambassadors.”

The superintendent was empathetic to the member, listening to his words and his feelings. Next to the upkeep of the golf course, being able to effectively communicate with others is a superintendent’s second-most important skill, O’Connor said.

“The more face time you get with people, the more you develop relationships with them.”

O’Connor encouraged his audience of golf superintendents to turn up occasionally at men’s and women’s outings and at club championships to have an opportunity to communicate with golfers.