Avoid being in the same pond as everyone else 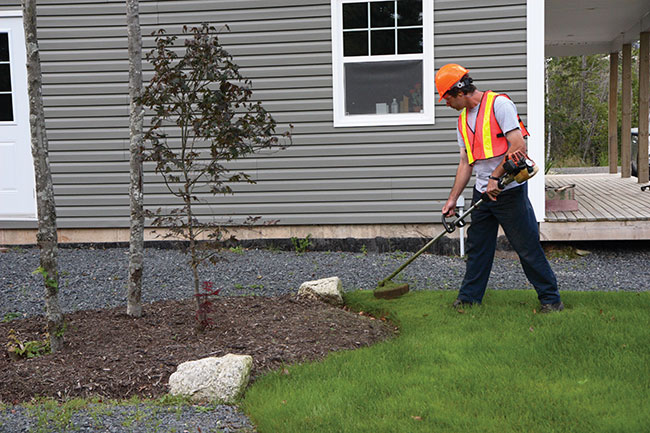 Landscapers are “much more than dirty boots, dirty hands, shovels and being on mowers,” an industry consultant suggests. Photo: Getty Images/jamievanbuskirk

Judy Guido, founder of California-based Guido & Associates, a consulting company dedicated to helping green industry businesses grow both people and profits, suggests a number of landscaping companies prefer being in their comfort zones as a result of fear.

“The reason they’re staying in that comfort zone is because they’re afraid,” she said in the fall during a virtual presentation made as part of the annual GIE+EXPO conference, normally held as a live event in Louisville, Ky. “They don’t know how to change.”

By “peeling away the onion” and mitigating the fear, companies can begin to embrace opportunity and grow their businesses, she said, adding about 90 per cent of the companies with which she assists are doing just that. Growth is not about taking on more risk, she added, but being smarter and more strategic.

Growing a company is much the same as scaling a mountain, Guido said, noting no one ever starts at base camp and goes straight to the top. There are goals to be achieved along the way, which are usually set quarter by quarter. Small and medium-sized companies usually take a three-year look ahead. With a shorter outlook than companies with five to 10-year plans, businesses with three-year plans tend to be focused every day, every week and every month toward moving step by step toward their goal.

People make the team, and companies want to focus on building an “A” team by attracting the right personnel, retaining the best people, training them properly and rewarding them for good work.

Strategy is about pivoting and not staying in that comfort zone, she said. Citing COVID-19 as an example, companies have found ways to pivot around the pandemic and adapt to the necessitated changes.

Execution is about processes which companies have to help generate sales, create brand equity and achieve value for the business.

“It’s those processes that will help you grow.”

Cash is about price and is the “oxygen” that keeps a company going, Guido said.

Companies need customers to fund the business and not the reverse. Landscaping is a price-sensitive industry, and companies that do it right are in a different space, she said.

Guido said it’s not about being the best company, but rather about being unique and different from the competition and having that space that belongs to no one else. When a company executes, it’s about focusing with everyone on the same page or plan that has been created. Less than 10 per cent of companies, however, don’t have a formal plan and most have simply compiled “to-do lists.”

Companies must focus on creating a cash culture in which everyone understands that what they do has a positive, medial or negative effect on cash. Additionally, they should have a knowledge of the cash conversion cycle.

“You want the customer to fund your business. You don’t want to be the bank of landscape for your customer. When companies do this right, most leaders spend 100 or 120 per cent of their time putting out crazy fires every day when it’s the leaders of the more successful companies who scale.”

Landscaping industry’s bad rap
Guido said leaders need to focus on time spent building relationships with their employees, stakeholders, suppliers, associations, community and external customers. In spite of the multitude of smart and talented people working in the landscaping business, the industry is still given a bad rap, she said, because most companies look and sound alike and do the same things.

“We’re giving a perception to the marketplace that all the green industry does is cut grass. So we have a problem attracting some great customers. We have to do something about that mindset. We are so much more than dirty boots, dirty hands, shovels and being on mowers.”

Guido said it’s important to want to have people who wish to work for a company, and to train them and retain them. All team members, including human resources and marketing personnel, must work as one because landscaping is so multi-faceted. Agronomy, hydrology and arboriculture are among the science-based knowledge required. Technology, including artificial intelligence and software, is crucial to the industry as well as an artistic flair and engineering skills when incorporating the design/build aspect of landscaping.

“Marketing and HR should be joined at the hand,” she said, adding employees and customers should be two of a company’s greatest recruiters with women serving as a key element in the equation. “We’re (women) smart, sophisticated people. Bring us in.”

Women currently account for less than 10 per cent of the landscaping workforce even though they make up half the human population. She suggested seniors can also add value to a landscaping team with their experience and special skill sets.

“It’s all about investing in people.”

Some of the most successful companies have achieved their higher standing because of their people who have been put in the right place to do the right things in the right way. Concentrating on the company functions that generate the most money is what will help a business go from the mountain base camp to the next level and onto the next toward scaling the company.

Guido said that by breaking up a company’s processes and teams into smaller groups with shorter activities allows corrections to be made faster.

“You don’t have to get to the very end and learn that you could have done it this way. Now, almost daily or weekly, you and your team are taking a look at what is being done right and wrong or perhaps mediocre. Breaking things up into smaller bites, as opposed to a bigger chunk at the end, is what works best.”

The strategy is applicable to all aspects of the company, she said, including design/build, grounds maintenance and sales.

By strategizing to be unique, a company will solely occupy that space and will emerge as the best company among its competitors, Guido said. By contrast, when everyone competes to be best within the same space, companies play on one variable – price – and that shouldn’t be the objective. The best strategy, she said, is to avoid being in the same pond as everyone else and looking the same, doing the same things and pricing the same.

To achieve this, Guido suggested determining what customers want and need while learning more about the competition to see if there is any “white space” where the company can excel. Leaning on such partners as suppliers and associations can be helpful.

Although cash is the oxygen of a landscaping business, it’s not delegated solely to the company owner, chief financial officer, accountant or controller. It’s for everybody, she said.

“You want to have a culture where everybody knows how they affect the cash in a positive, negative or mediocre way.”

The cash conversion cycle – the period of time it takes for spending (payroll, product, technology, rent, etc.) to return to the company – should be shortened as much as possible, Guido said. There are four components to the cycle: sales, proposals prior to going to a site, delivery of the service and invoicing and receipt of payment.

“You should have a short period of time from when you spend that money to when it comes back.”