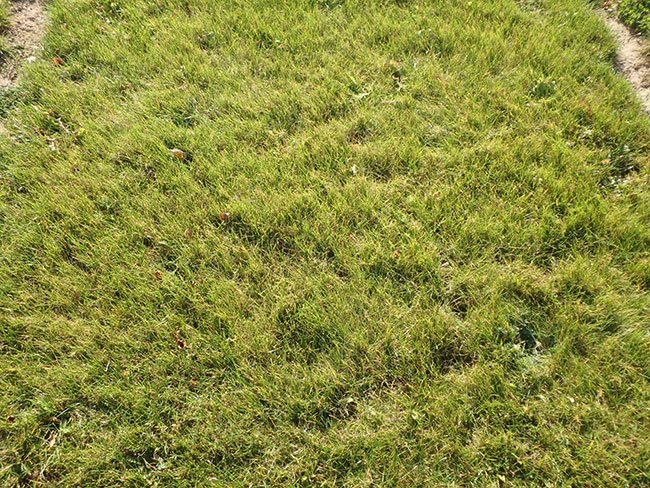 Growing a healthy lawn means selecting the correct type of grass and using good cultural practices, including cutting, feeding, aerating, seeding and watering. This turf will be less susceptible to pests and diseases and more resilient in the face of weather events such as drought and extreme heat and cold.

Using the correct grass variety is only the first step in maintaining a healthy lawn. Since pesticide bans took effect in many residential areas across the country, biocontrol agents are more frequently used. For instance, nematodes are the standard for grub control in turf. The Vineland team found that when applied in late August/early September, two nematodes, Heterorhabditis bacteriophora and Steinernema glaseri, consistently provided about 50 per cent control of European chafer. Later applications or those made in the spring were relatively ineffective. A new nematode, Steinernema scarabaei, is even more effective. Although challenging to produce, it is a robust nematode that survives in the soil for several months and can potentially provide extended control of white grubs.

The nematode Steinernema carpocapsae, rosemary oil and a sprayable formulation of the fungus Metarhizium anisopliae are also effective against chinch bugs when used in July.

Lawns and gardens can be healthy without the use of pesticides. It is important to use a combination of approaches – the right type of grass and proper lawn care practices with the use of effective biocontrol agents, as needed – to achieve best results.

Dr. Michael Brownbridge can be contacted at 905-562-0320 x798 or by email at michael.brownbridge@vinelandresearch.com.


Related
Greening the Canadian landscape
Sustainable solutions in pest management
Grass not a foe, but an ally of the environment
Nematode shows promise against grubs