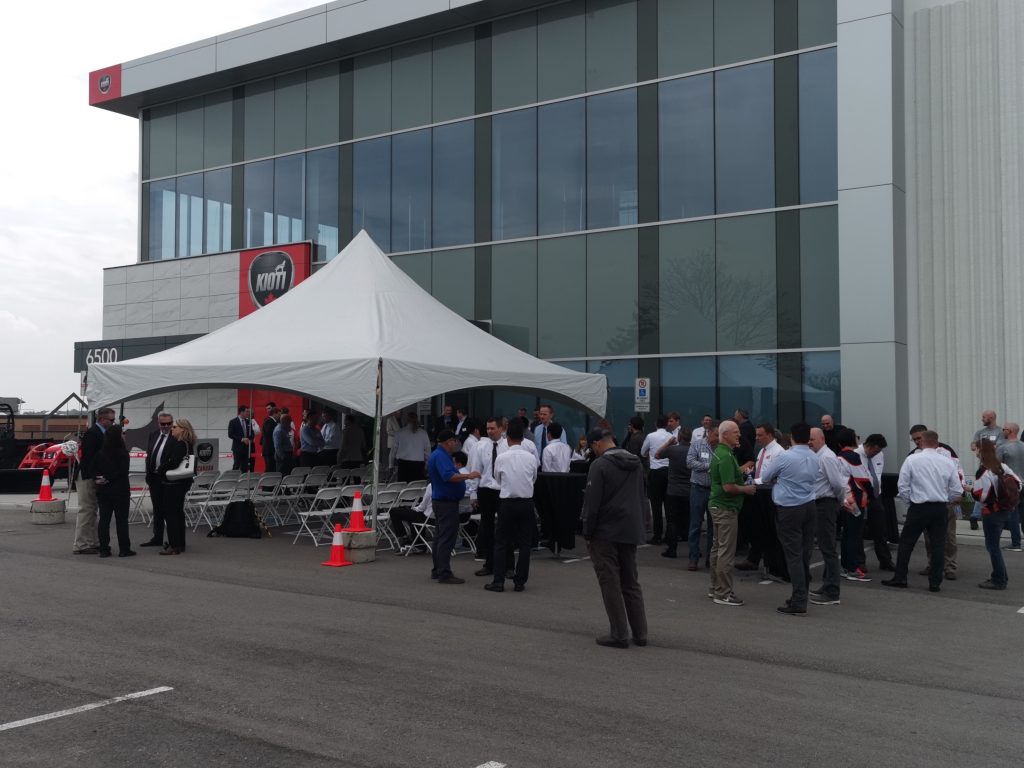 The approximately 60,000 square feet of office and distribution space will reduce shipping and delivery times for KIOTI’s Canadian dealers and increase support for end users. The new distribution centre represents KIOTI’s confidence in the future of its brand in the Canadian market. This local presence will expand upon KIOTI’s North American distribution network by strategically placing assembled inventory and parts supplies in a key market, ready for expedited delivery to dealers. Longer term, this facility will support the planned growth of KIOTI’s dealer network – making product and parts availability and simplified logistics a reality for
both current and future dealers across Canada.

“At KIOTI, we are committed to delivering outstanding service to our growing network of dealers,” Peter Dong-Kyun Kim, president and CEO of Daedong-USA, Inc. KIOTI Tractor Division, said. “This expansion illustrates that commitment, and will allow us to provide unmatched availability and delivery of products to our Canadian dealer partners and customers.”

Daedong Industrial chairman, Jun Sik Kim, stated, “It is our dealers’ commitment to KIOTI that has allowed us to come this far, and we know that this expansion will serve our growth in the future.”

“After 30 years of consistent growth in North America, we are pleased with the progress we have made in 2018 on expanding both our North American headquarters and establishing our new Canadian operation,” Anna Kim, chief operating officer, said. “In Canada, specifically, KIOTI seeks to create a positive economic impact on the greater Toronto metro area, which will begin by employing several full-time individuals in the distribution center in the near future.”

Among the special guests in attendance at the opening of the Canadian facility were members of Team Brad Jacobs, the 2014 Olympic gold medalists in men’s curling. KIOTI has become a key sponsor of the Canadian team. Team members present were Jacobs, Marc Kennedy and Ryan Harnden.