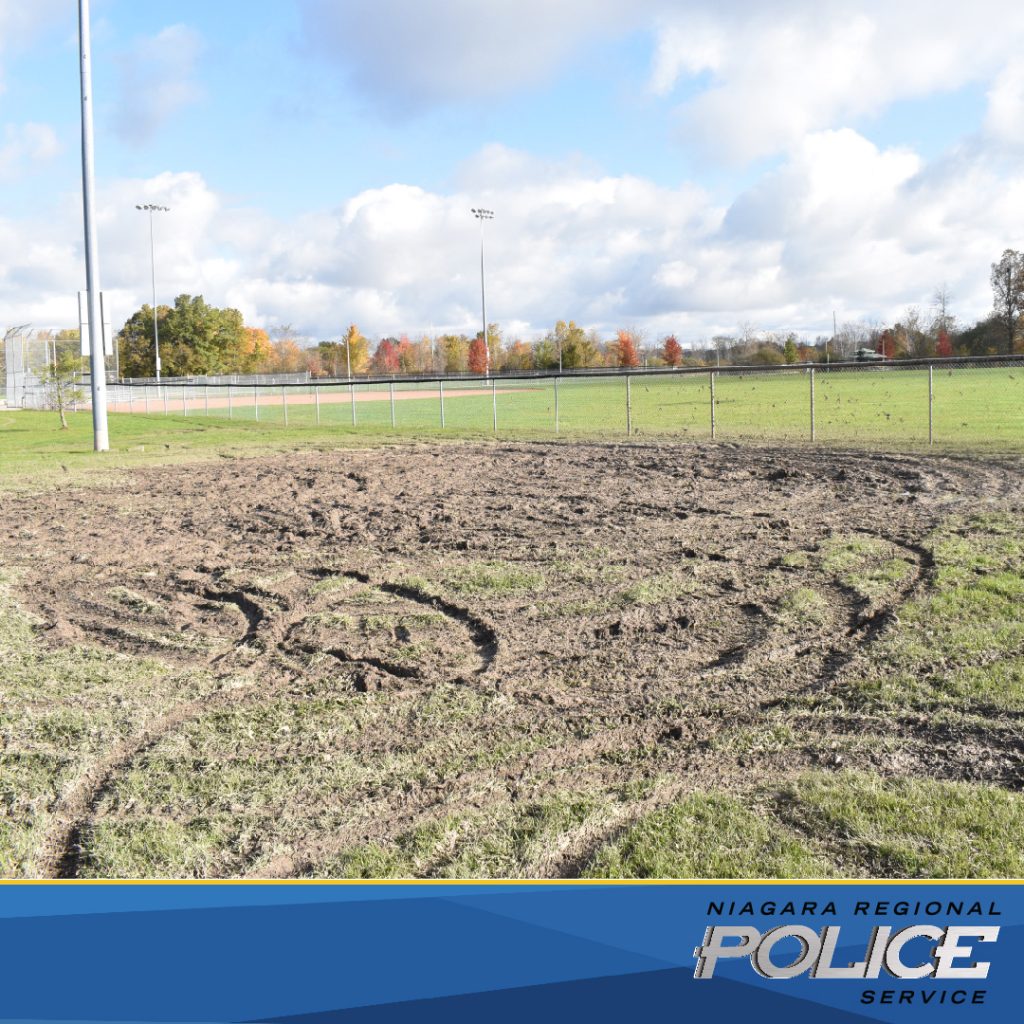 A second baseball field in Niagara Falls has been heavily damaged in an act of vandalism, coming on the heels of extensive damage on Halloween weekend to a diamond at Patrick Cummings Memorial Sports Complex. 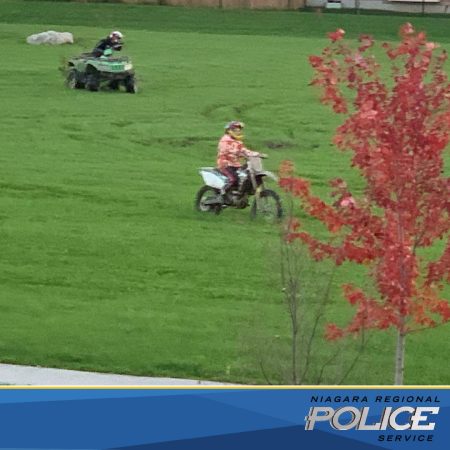 A park near Mann Road has also been ripped up by off-road vehicles. Damage is estimated at $10,000.

Niagara Regional Police have obtained photographs of the suspects and is hoping the public can help identify the culprits.

The first suspect was operating a green ATV and was wearing all-black clothing with a white helmet with red stripe.

The second suspect was driving a white and green dirt bike, and was wearing a red and white jacket, black pants with a red stripe along the sides and a red and yellow helmet.