THE biggest story at the 2009 U.S. Open wasn’t so much Lucas Glover’s
victory as it was the efforts of the golf course maintenance staff and
about 100 volunteers working day and night to ensure optimum playing
conditions were met in the midst of a rain-soaked week. 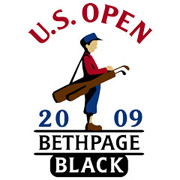 Rossi was among the throng of volunteers who worked that week in June at Bethpage State Park’s Black course in New York.

He told his audience of almost 300 golf course superintendents and their assistants that a total of 16 inches of rain fell in the area in the month of June, including six inches during the tournament itself. The weather contributed to plenty of starting and stopping among the PGA Tour professionals who were forced to play in sloppier-than-anticipated conditions.
Rossi has been involved with Bethpage for the past 13 years, and helped launch an ongoing experiment at the park’s Green course in 2000 in which reliance on chemical pesticides products has been significantly reduced.

Bethpage State Park is home to five municipal golf courses—the Green, Red, Blue, Yellow and its crown jewel, the Black course. Collectively, they account for about 1,500 acres of land.

“It’s an enormous facility,” Rossi said. “It’s (the Black course) the most demoralizing golf course you could ever imagine.”

Officially credited as an A.W. Tillinghast design, it is believed most of the Black course’s greens were designed by Tillinghast’s foreman. The greens are well known for their flat surfaces which stimped at more than 16 feet in 2002 when the U.S. Open had been previously played at Bethpage Black. In spite of the ample rainfall at the 2009 Open, green speeds were still in the 13 to 14-feet range.

A number of renovations were done to the course in time for the 2002 Open, but some new tees were built to lengthen the course for the 2009 tournament. Due to the rainy and wet conditions, however, the new tees weren’t used last June after USGA officials deemed the playing conditions would make the golf course too long. As it was, the USGA would not allow the Tour golfers to “lift, clean and place” their ball if it plugged into the turf.

Rossi said the policy led to plenty of “whining” among the competing professionals, much of which he heard first-hand while slipping inside the ropes to help squeegee away excess water from the playing surfaces during stoppages of play.

“These (the competing professionals) are clearly people who’ve never had to work a day in their lives,” he said. “They’ve never really had a job. They’ve been playing golf since they could walk, and they’re used to getting catered to.”

The U.S. Open is the only Tour stop which strictly forbids the practice of lift, clean and place. Consequently, golfers frequently found themselves with large slabs of mud caked to their ball, even after splitting the fairway.

The wet weather disrupted normal mowing routines. Prior to the start of the tournament, each green was double cut, but most greens were only single cut as the event got underway. Crews were unable to mow at all on two days of the Open. Green speeds were achieved largely through rolling.

The 100 per cent poa annua greens were cut at a height of .075 inches and the fairway perimeters were hand-mowed.

Fairways were narrowed for the Open. Rossi quipped that it’s easy to tell how narrow they are when the fairway irrigation sprinkler heads are located in the rough.

“If you don’t hit the fairway, you don’t score because it’s long and narrow.”

On some days, however, hitting the fairway was penalizing to the golfers as balls often plugged into the wet turf. Balls hit into the rough usually sat mud-free up in the taller grass.

“If you weren’t standing in casual water, you had to play that golf ball just like that,” Rossi said. “The golfers’ argument was, ‘I’m being penalized for hitting the ball in the fairway.”
The USGA, which governed the tournament, believes the essence of the game is to play the ball as it lies.

In spite of the wet weather, the fairways at Bethpage Black were mowed more frequently at a height of .300 inches.

The weather kept the golf course crew and its complement of volunteers hopping around the clock. Rossi said a tournament such as the U.S. Open would typically see the crew begin their day at 3 a.m., work until 7 o’clock or 7:30, and then go back out once play had ended for the day to prepare the course for the following day.

“We never had that luxury at all, and I can tell you I’ve never worked that long and hard before for nothing ever in my entire life.”

Instead, once work ended from 3 a.m. to about 7 a.m., golf would get underway but would be interrupted by heavy rain a short while later. From then, crews would be out on the course with squeegees.

The concern became whether or not any mowing could take place following such a deluge. With a window of dry weather after the opening day rain, an aggressive rate of Primo plant growth regulator was put down. The greens weren’t mowed at all on Friday—the second day of the tournament.

“From Thursday morning until late Friday night or early Saturday morning, the greens weren’t mowed and they were still rolling 131/2 to 14 feet, even with 21/2 inches of rain.”
One of the worst areas for water collection on the golf course was in front of the 18th green. Teams of squeegee pushers moved the standing water from the 18th fairway, across the 18th fairway of the adjacent Green course, across a road and finally onto the Green course’s second fairway where a new “lake” was created.

Of the 100 or more volunteers, about 60 were dedicated to bunker maintenance with all but the largest of bunkers getting raked by hand. Sand at Bethpage Black accounts for about 81/2 acres.

Several bunker-related complaints were expressed by the golfers during the 2002 tournament, but Rossi said the amount of dissatisfaction was considerably less in 2009.
“We didn’t get the normal whining about the bunkers that we normally got.”

Following the tournament, Bethpage Black’s 15th green—the only one on the course with any undulations—was ripped up and flattened to stay consistent with the others. Additionally, 27 acres of sod were laid in areas outside the ropes which had succumbed to the trampling of 65,000 spectators daily.

The five golf courses at Bethpage see a combined 260,000 rounds played annually. Only 35,000 of those are played at the Black course.

Since 2000, Rossi has been part of a project at the Green course which is “working on the future of golf.” The project, which was launched in response to pending legislation at the time that was to ban all pesticide use on municipal golf courses, was initiated to improve the understanding of the strategies required to reduce reliance on pesticides. This included cultural practices needed as well as biologically-based pest management strategies that will allow less chemical dependency.

In addition to his role with Bethpage, Rossi has been lead turf consultant with Yankee Stadium for the past several years, and was involved in the surfacing of the Major League Baseball club’s new stadium which opened at the start of the 2009 season.

For the new stadium, he was hired to write the specifications, select the grasses, identify the sod growing operation, and oversee all production and installation work. Rossi’s former college roommate is head groundskeeper at the ball park.

Sod, which was grown at a farm in New Jersey, was laid in mid-October of 2008. It was cored and topdressed, but brown streaks began to appear in the outfield in early December. Rossi said he was called out to the stadium to determine the severity of the situation and suggest a means for its remedy.

It was learned the contractor had topdressed with wet sand, using a large fairway topdresser.

“It came out in windrows,” Rossi said. “Instead of dragging it out and distributing the sand, they just left it in windrows. Then we had a couple of bright, sunny days and it literally cooked the grass. So we had all this dead grass, and it didn’t make the Yankees executive very happy, especially with the opening in late March.”

A New York City company specializing in sucking up roof debris was hired to vacuum the volume of sand from the sod. The operation took 48 hours to complete, Rossi said.

The sand had initially been dragged around, but because it was so clumpy and wet and it was already December, Rossi said he was afraid to try anything too abrasive. Vacuuming the sod was deemed the best solution.

“I went home that night, shaking my head that this actually happened. Contractors are usually very good at building things, but then you need to get them out of there as fast as possible because, in my experience, they know very little about actually growing something.”

By opening day, Yankee Stadium was in tiptop condition. Rossi was made an honourary member of the grounds crew for the game, earning the privilege of installing first base for the first game ever played at the new Yankee Stadium.