Ed Zynomirski, president of Echo Power Equipment (Canada), has been promoted to a new position with the company. Effective immediately, he is also now vice-president of corporate distribution.

In his new role, he will be responsible for overseeing the operations, sales and marketing efforts of Echo Incorporated’s company-owned distributors across North America. He will also develop a strategic distribution platform for the company based on optimizing sales, improving scalability and managing costs. 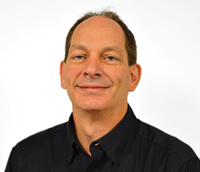 Although he will continue in his role as president of Echo Power Equipment (Canada), his new position will require him to divide his time between London, Ont. and Rocklin, Calif.

Zynomirski joined Echo Power Equipment (Canada) as president in 2005 and has since led the company to year after year, record-breaking sales growth during his tenure. Under his leadership, the company has become recognized as a leading distributor of outdoor power equipment in the Canadian marketplace.