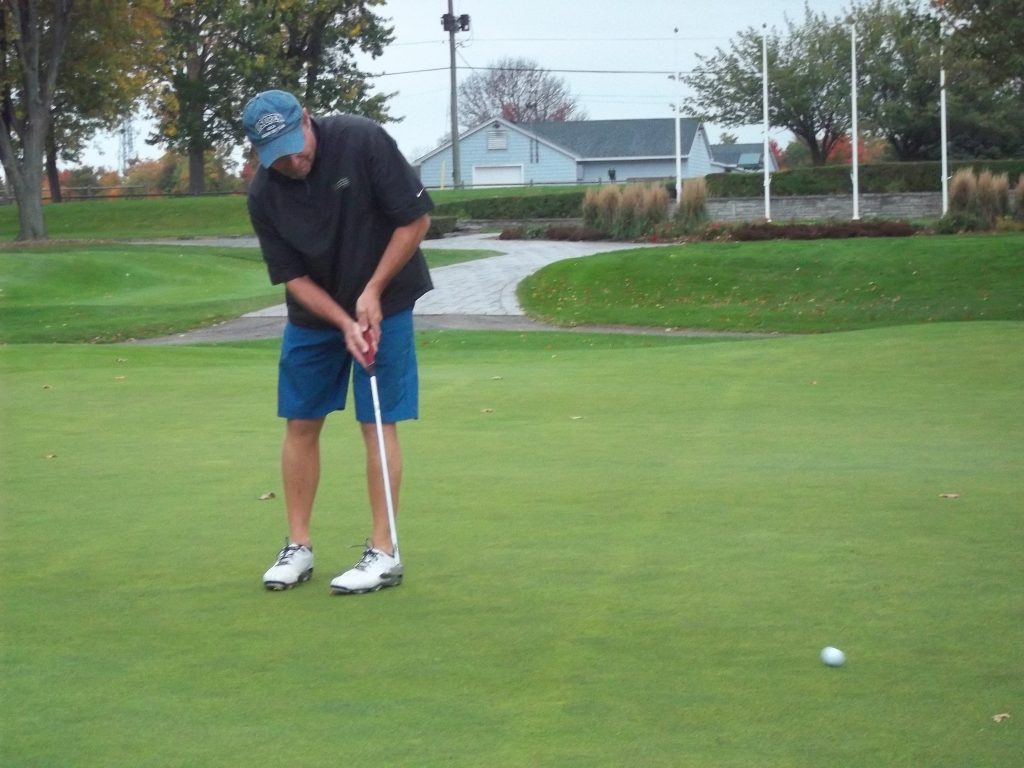 WOGSA captain John Taylor lines up his putt on the 9th.

It was a three-peat for the Western Ontario Golf Superintendents Association (WOGSA) on Oct. 18 at the 16th annual Fall Classic.

The Canadian team of 20 superintendents and WOGSA affiliate members squeezed out a 20.5 to 19.5 margin of victory over the Western New York Golf Superintendents Associaiton at Fort Erie, Ont.’s Cherry Hill Club. The win in the Ryder Cup-like match play event gave Canada back-to-back-to-back triumphs to narrow the U.S. side’s overall lead to 9-7. It marked the first time the Canadian team was able to put together three consecutive wins.

It took the final two matches of the event for Canada to secure the victory. Trailing 18.5 to 13.5 with only the remaining two matches to contribute to the score, James Raynor of Vanden Bussche Irrigation and Paul Lenartowich of Skyway Lawn Equipment scored a decisive 3-1 win over Western New York’s Bob Kelly and Dave Meeter before WOGSA’s Jeremy Julie of Sawmill Golf Course in Fenwick and Ryan Surette of Mystic Golf Club in Ancaster drove the final nail in the coffin with a 4-0 drubbing over Gary Keppell and R.P. Stringfellow.
The 2017 series of matches will be played at a yet-to-determined site in Western New York.

Further details of the event can be read in the coming November/December print edition of Turf & Recreation.