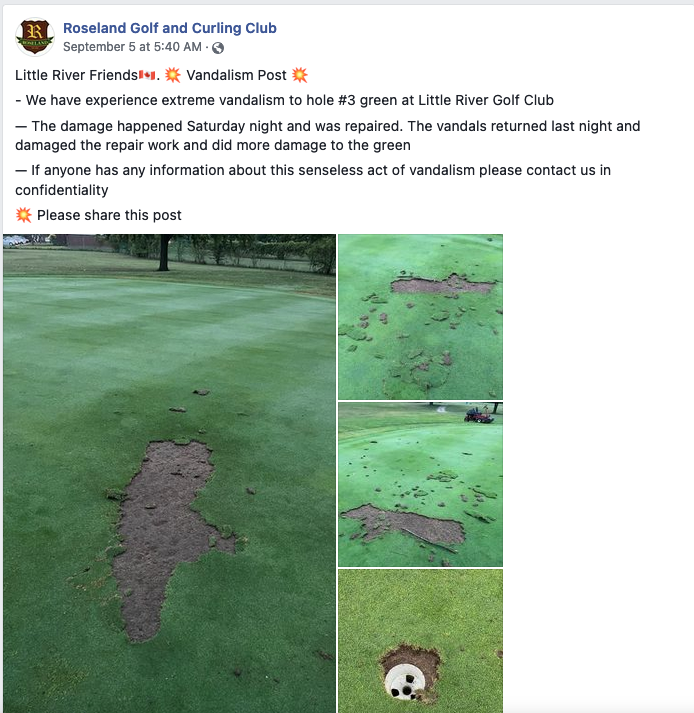 Vandals have butchered one of the greens at Windsor, Ont.’s Little River Golf Club. In two separate acts of vandalism, the culprits carved up a large section of the third green sometime Saturday night and then returned the following evening to not only undo repair efforts but add to the existing damage.

The golf course is operated by the Roseland Golf and Curling Club. Dramatic photos of the damage have been posted on Facebook.

A two-foot-by-four-foot patch of turf was removed from the putting surface on Saturday. Replacement turf was put in its place, but was vandalized again the following night with additional damage.

Windsor police are investigating the incident and have been provided the name of a potential suspect, but nothing has yet been confirmed.