AS the world’s population continues to grow and urban centres expand accordingly and close in on protected natural areas, there is a greater need to integrate living systems with built systems to ensure the world’s future viability, international journalists were told in September in Antwerp, Belgium at a press event conducted by Husqvarna.

Thomas Elmqvist, a professor in natural resource management at Stockholm University’s Stockholm Resilience Centre, told representatives of 14 countries that urban expansion has reached the point where 25 per cent of all the world’s national parks now lie within 17 kilometres of an urban area. 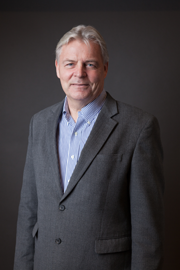 It’s a type of landscape that is new to history, he said, and it is especially apparent in Europe among densely populated areas.

“We haven’t seen this before.”

He said it has been placed on the agenda within the European Union to see to what extent cities can use nature-based solutions to meet their challenges, including restoration and renaturation. Citing the 1995 Hurricane Katrina disaster in New Orleans as an example, Elmqvist said much effort and thought have been given toward how the city can prepare itself for another such disaster, how it can reduce the risk and how it can avoid the same degree of trauma.

Part of the solution is to invest in ecosystems and restore wetlands, Elmqvist said. Every kilometre of wetland will reduce wave height by one metre.

The strategy is also a complex one, he admitted, because it involves land owners and having to deal with various legal factors which can complicate matters.

Large cities face the challenge of an increasing frequency of heat waves. One which occurred in 2003 especially impacted Paris, and it was estimated there were 70,000 heat wave-related deaths across Europe that year. The older and younger members of the population are particularly susceptible and are at the greatest risk of becoming dehydrated.

There are ways to reduce the risk of heat wave extremes, Elmqvist said. Many larger municipalities throughout Europe and around the world are increasing the number of their greenspaces. If greenspaces were to increase 10 to 20 per cent, temperatures would decrease three to eight degrees Celsius, he noted.

It is a comparatively cheaper way of dealing with the issue than incorporating such expensive hard engineering solutions as air conditioning equipment.

Increasing the amount of vegetation and greenspaces not only contributes toward a cooling effect, but it serves a number of other effective functions.

“We know that if you invest in green infrastructure and greenspaces and vegetation, you also reduce stormwater flow, reduce air pollution, you expand areas for physical activities…”

We are only at the beginning stages as to how we can integrate living systems with built systems, Elmqvist said, adding we’re just getting started with the management of green roofs, green walls and other systems.

The secretary-general of the United Nations has stated urban areas must offer better stewardship of the ecosystems on which they rely. This includes living systems within a city and those beyond its boundaries.

Urban trees, for example, generate several benefits, including the reduction of stress, a reduction of surface flood water runoff, the provision of shade and reduction in temperature, an increase in property values, and a lessening of noise and dust.

In recent years, the United Nations General Assembly proposed 17 global goals aimed at making cities safe, inclusive and sustainable. Elmqvist said that to bridge the gap, hard knowledge will have to come from universities, practitioners and the partnership of the private sector to develop local operating solutions for such challenges.

Sustainability can only be achieved if urban development builds some nature-based solutions or living systems integrated in innovative ways with built systems.

“Addressing all the uncertainties when it comes to climate changes and other global changes—our chance of really meeting them and maintaining a decent life in cities—we should embrace the living system as an asset and something that can continue with a lot of important functions.”

In order to enact such a strategy and get it off the ground, the benefits of these systems will need to be quantified, Elmqvist said, adding how they will contribute to the economy will also have to be looked at. Additionally, there will be a need to identify the challenges and opportunities, and innovation hubs will be needed where there will be a close integration among engineering, science, architecture, health science and ecology.

To achieve that, there will be the need to live together and to share resources and spaces. The world is highly connected which has both its attributes and drawbacks. Using a visual aid, he displayed a world map showing thousands of dots which represented commercial aircraft in the sky at one time, each flying from one point in the world to another.

“There is this huge transport of people, ideas, energy, materials and money across the continents continuously. We live in a very exciting connective world.”

Although connectivity is largely positive, there is a downside to it for which the world needs to be aware, he said. Any lethal pathogen can be transported to every continent within 24 hours which makes a highly connective world vulnerable.
“This is the nightmare that we have actually maintained and increased with connectivity.”

For the most part, however, connectivity is something from which the world can benefit, develop and make use of in terms of fostering innovation.