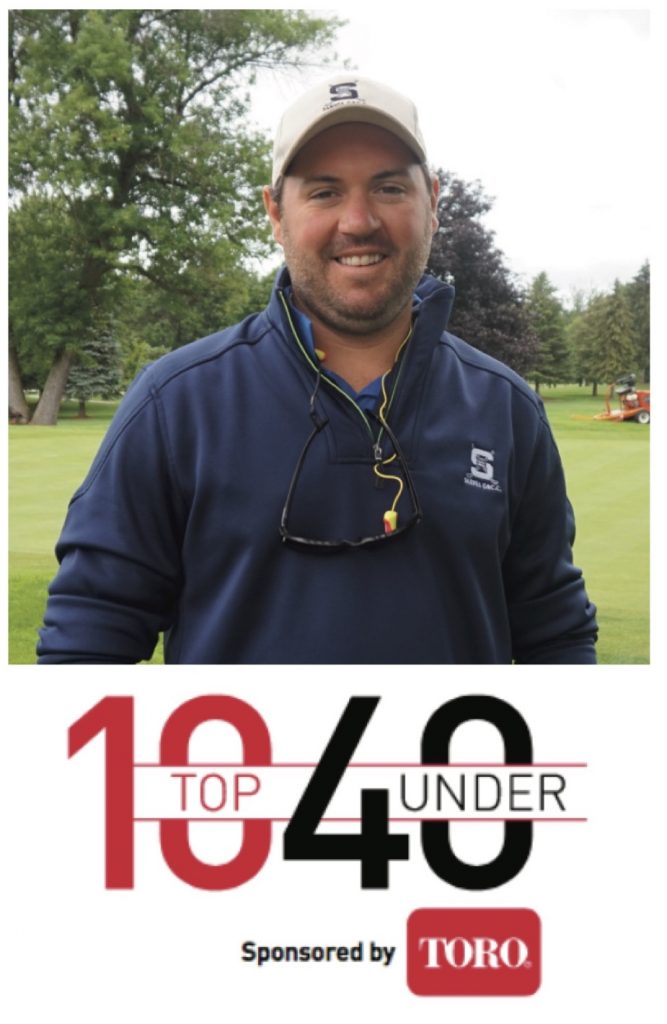 June 11, 2019 – The class of 2019 of Canada’s Top 10 Under 40 has been helping to shape the future of the Canadian turf and grounds maintenance industry since entering the profession, and these young individuals are poised to ensure that the qualities of leadership, innovation and teamwork are in strong supply for years to come.

While maintaining the high standards set by his predecessor, he became a source of strength for those affected by the tragedy. What was once a cohesive grounds team that provided a finely conditioned golf course had become a family bonded by grief with Henderson at the helm. Meals, stories and time were shared, with Henderson making himself available as leader, mentor and friend to not only his team but to everyone at the club affected by the loss.

As a professional, Henderson is always looking to improve, learn and implement best cultural practices and is the driving force behind the club’s ongoing movement towards greater environmental sustainability. He has greatly reduced the usage of chemicals and pesticides and increased the use of organic agents. It was his idea to use trees that had been cut on the course to manufacture cutting boards and tee block markers branded with the Sarnia club logo.

When the club acquired beehives to increase the number of pollinating insects, Henderson – under the tutelage of a local beekeeper – became the club apiarist.

His contributions to the golf club extend beyond his own department. He plays a key role in the club’s joint health and safety committee and developed a course emergency plan for all members, guests and employees. When the club launched its inaugural Santa Claus parade pre-party, he acquired the wagon, decorated it and provided it with Christmas music for the enjoyment of children wishing a ride. With the help of his team, he also put together the club’s inaugural family outdoor night with a fire pit to allow for the enjoyment of s’mores by everyone.

Outside of the club, Henderson coaches minor hockey and raises funds for local charities.