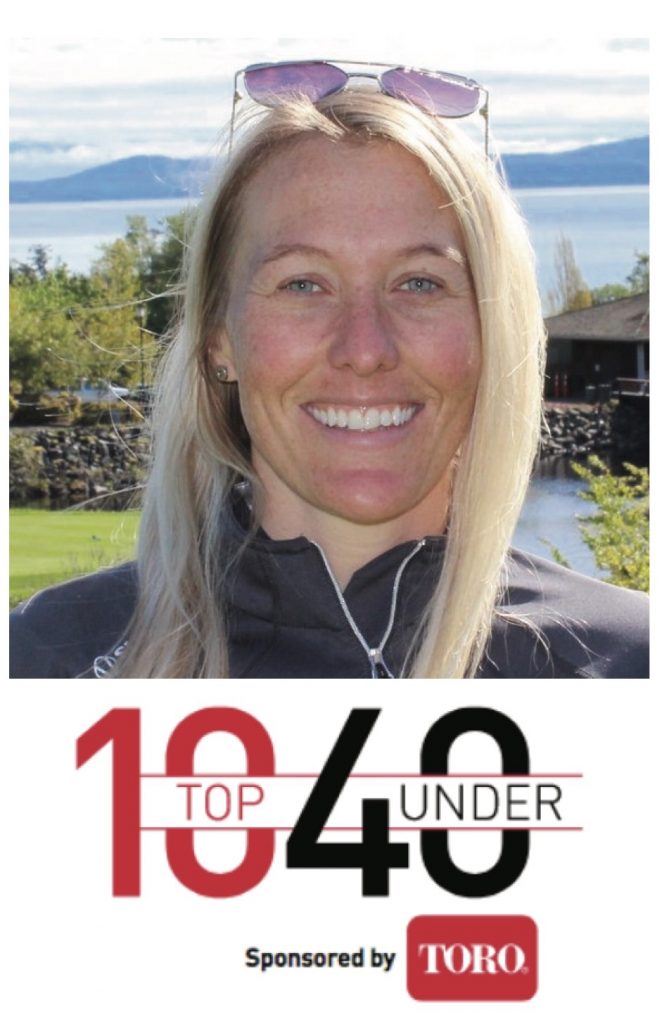 July 10, 2019 – The class of 2019 of Canada’s Top 10 Under 40 has been helping to shape the future of the Canadian turf and grounds maintenance industry since entering the profession, and these young individuals are poised to ensure that the qualities of leadership, innovation and teamwork are in strong supply for years to come.

She has been featured on numerous podcasts, is the author of several articles in Golfdom and Golf Course Industry magazines, and is highly engaged on social media – namely Twitter where she has been named among the leading influential turf personalities.

Robinson bucks the trend of the superintendent known to dress in khaki pants, a collared shirt and blazer, and instead is more comfortable wearing an Iron Maiden T-shirt, jeans and running shoes.

Prior to joining the team at Cordova Bay, she was superintendent at Summerlea Golf Club in Port Perry, Ont. where she was a jack-of-all-trades – turning wrenches, grinding reels, applying fertilizer and pesticides, and looking after irrigation. At Summerlea, she worked with little budget and a small crew. All the while she simultaneously served as consulting superintendent for the nearby nine-hole Western Trent Golf Course.

Robinson employs a minimalistic management style and is often forced to be resourceful on a shoestring budget.