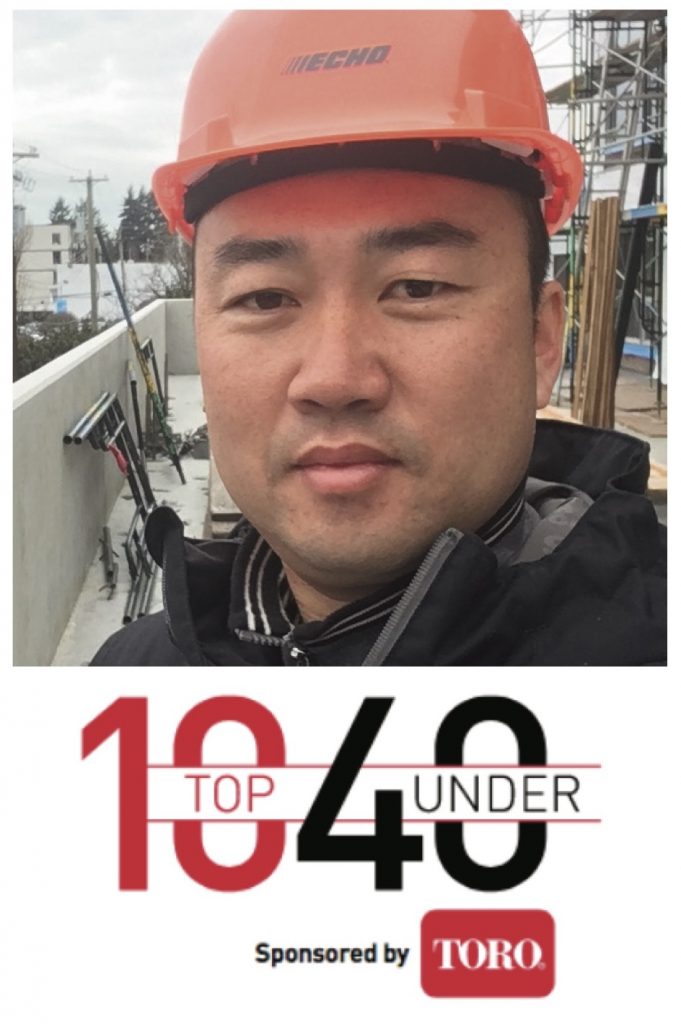 July 24, 2019 – The class of 2019 of Canada’s Top 10 Under 40 has been helping to shape the future of the Canadian turf and grounds maintenance industry since entering the profession, and these young individuals are poised to ensure that the qualities of leadership, innovation and teamwork are in strong supply for years to come.

This week we feature Frank Shang, 39, owner of MRD Landscaping Inc. in Vancouver.

From landscaper to television and radio personality to beekeeper to winemaker, Shang has had an unconventional career. He is the founder and owner of MRD Landscaping Inc. and the Vancouver Horticulture Club. Additionally, he is CEO and co-founder of Fraser Sun Winery that focuses on blueberry wine products.

He has communicated relevant issues on horticulture through various social networks and has served as a bridge between the Chinese and Canadian landscape communities.

Shang is a certification judge of British Columbia Landscape & Nursery Association (BCLNA) for the Canadian certified landscape technician test since 2011. He became one of seven judges of the B.C. Landscape Excellence Awards of the BCLNA in 2016 and has been a judge for the Mandarin Profile Awards of Fairchild TV since 2015.

His long list of awards include: the 2017 B.C. Garden Communicator of the Year Award, a top 75 finalist of the ninth annual RBC Top 25 Canadian Immigrant Awards in 2017, the 2016 Young Entrepreneur of the Year of the Richmond Chamber of Commerce’s 39th annual Business Excellence Awards, 2015 Young Member Award winner for the BCLNA, a 2015 honouree among the the Top 50 Most Influential Chinese in Vancouver, and the 2014 Person of the Year in the Chinese Community of Canada (Global Chinese Press).