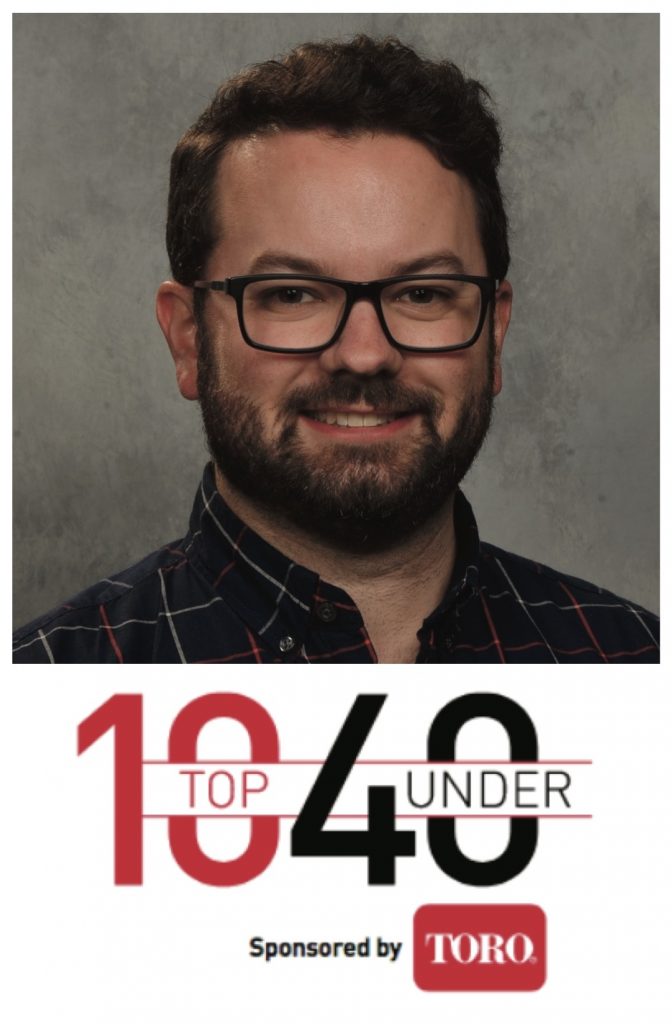 June 19, 2019 – The class of 2019 of Canada’s Top 10 Under 40 has been helping to shape the future of the Canadian turf and grounds maintenance industry since entering the profession, and these young individuals are poised to ensure that the qualities of leadership, innovation and teamwork are in strong supply for years to come.

This week we feature Stephen Hicks, 32, superintendent at the Brantfoerd Golf & Country Club in Brantford, Ont.

Originally from Middleton, N.S., Hicks currently resides in Cambridge, Ont. with his wife Jenica. He learned the game of golf at Paragon Golf & Country Club in Kingston, N.S. and worked on the grounds crew there for five seasons while a student.

After graduating from Acadia University with a bachelor-of-science degree in mathematics and statistics, he opted to pursue his passion for golf and turfgrass by enrolling in the University of Guelph’s associate diploma in turfgrass management program. Graduating with honours in 2010, he accepted a position at Bayview Golf & Country Club in Thornhill, Ont. as assistant golf course manager – a position he held until February 2015 before moving on to the Dundas Valley Golf & Curling Club.

In 2018, he became superintendent at the Brantford Golf & Country Club and has adopted a holistic master planning process to the fold.

Hicks is an involved alumnus of the University of Guelph program, an annual speaker for Turf Club, a writer for the Ontario Golf Superintendents Association’s On Course magazine and is usually one of the first Canadians selected to attend new leadership series from the United States. He has been part of Syngenta’s Assistant Super U, the Green Start Academy and Nu Farm’s Excel Leadership Series.