News Profiles
Ticks are on the rise in Canada and so, too, is the potential for Lyme disease 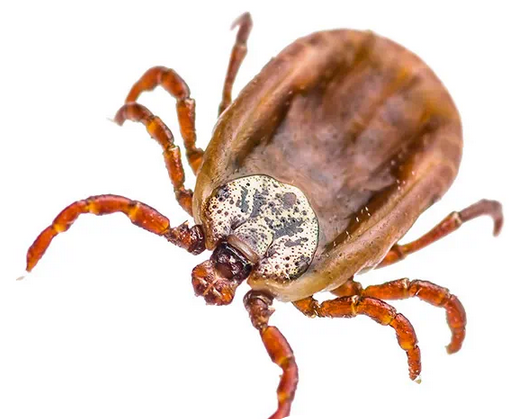 An increase in tick activity has been happening in Canada, heightening the potential spread of Lyme disease.

“We are seeing a record number of tick inquiries coming into Abell over the past year,” John Abell, president, Abell Pest Control, said. “The number of tick calls has increased by more than 1,000 per cent, and we want people to take extra precautions in parks and wooded areas to protect themselves from ticks and reduce the transmission of Lyme disease.”

Lyme Disease Awareness month is being recognized in May in Canada. Lyme disease spreads through the bite of infected ticks and has become more common in Canada. Since 2009, reported cases of Lyme disease have increased 14-fold in Canada, according to the Public Health Agency of Canada. Ontario, Quebec, and Nova Scotia are considered as Canada’s tick hot spots.

“The best prognosis for Lyme disease is achieved when it is diagnosed and treated early, but many people don’t recall a tick bite and may be unaware of their risk,” Dr. Melanie Wills, director, G. Magnotta Lyme Disease Research Lab, University of Guelph.
Lyme Disease Statistics, said. “Prevention is the best strategy to avoid Lyme and its potentially serious complications, including those affecting the heart and nervous system.”

Lyme is the most prevalent vector-borne infection in the northern hemisphere. Facts include:

While tick populations tend to gravitate to wooded or bushy areas with tall grasses, they are also found around homes in shrubs or in leaf piles around the house and parks and trails.

The chance of being bitten can be reduced by wearing protective clothing to prevent ticks from attaching to the skin. Wear closed-toed shoes, long sleeve shirts that fit tightly around the wrist, and long-legged pants tucked into socks or boots. When out hiking or walking, try and stay in the centre of the trail. Wear light-coloured clothing to make spotting ticks easier. Always use insect repellents containing DEET or Icaridin on skin and clothing, When returning home, immediately put clothes in the dryer on high heat to help kill any ticks that may remain.

The G. Magnotta Lyme Disease Research Lab brings together leading scientists with the goal of combating Lyme and related diseases. Abell Pest Control has established a scholarship in Lyme Disease research. For more information on their work, or to donate, click here.