Features Profiles
The way to build a team and promote teamwork

THE way in which a superintendent or his assistant deals with golf
course maintenance staff can either work for or against the end goal of
establishing a sense of teamwork.

Establishing positive staff relations and leading by example are imperative fundamentals in a supervisory role, the assistant superintendent at Alberta’s Kananaskis Country Golf Course said, speaking in March at the Canadian International Turfgrass Conference and Trade Show in Vancouver. 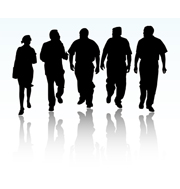 “If you can understand the needs and wants of your staff, that helps you figure out what kind of goals they want to meet for the summer,” Mitch Davidson said. “That’s really important to me as well.”

Kananaskis is unique among Canadian golf courses when it comes to staffing. Located about an hour southwest of Calgary, the 36-hole golf facility is situated in an isolated region of the Rocky Mountains. Maintenance staff literally live at the golf course throughout the season.

“There’s pretty much no public transportation,” Davidson said. “There are no amenities, no grocery stores or gas stations. There really are no living areas other than staff accommodations.”

Most of the golf course’s staff come from Ontario or overseas, he said, which means they must make a commitment to leave their homes for several months and live and work as a unit in an isolated environment.

“All interviews are pretty much done over the phone which makes it tough to get a sense.”

Davidson said he meets his staff face to face for the first time when they report for work in April or May. During the hiring process, he will look at potential employees’ resumes and look for a common connection to help build a relationship. It could include a mutual admiration for a particular sport or hobby.

“It makes for a better relationship, and they feel easy when they’re talking to me.”

Often, the interviewed employee will know little about the golf course and nothing about Davidson himself.

“When I do an interview with them, they’re selling themselves on why I should bring them out, but, on the other hand, I’m still selling myself and the golf course and saying, ‘This is why you should come out.’”

Davidson said it’s a big investment for some of his employees to come to Kananaskis, especially when they’re coming from as far as Europe or Australia.

“I want to make sure they’re coming here for the right reasons.”

Emphasizing the importance of teamwork is foremost on Davidson’s agenda when he interviews staff. Because of their unique living and working conditions, he said he tries to assure all employees they will not be alone in their new setting, and will greatly benefit from being together as a team, both on and off the golf course.

“I like to make sure they’re excited about coming over,” he said, adding he is thorough in explaining the unique living arrangements so that they are fully understood. “Our staff lives together and works together.”

Still, the interviewing and hiring process can pose a real challenge because of the need to hire the right number of people with the realization only a limited number of rooms are available. Being sure not to “overhire” is important, knowing there may be a few employees who might change their minds about moving to Alberta at the last moment.

Worse yet would be an employee deciding he wants to return home after arriving at the golf course. Davidson said he tries to avoid that potential pitfall by covering all the bases during the telephone interview process so that no surprises await the employees upon their arrival.

A strategy Davidson has adopted to help ensure everything goes according to plan is to stay in touch with his hired hands during the period of time they are formally hired by telephone and the moment they arrive at the golf course. He sends out electronic newsletters, outlining such information as things to do in the area, but also reminds his staff of the importance of obtaining their work visas in time and to have their criminal record checks faxed to the golf course.

This approach helps to avoid situations in which the employee, in the meantime, finds another job elsewhere and fails to contact Davidson with his intentions and keeping Kananaskis hanging.

“It’s good for me to keep my hand on the pulse of what’s going on with all the people that I’ve hired.”
Once the interview process has concluded and staff begins to arrive at the golf course, Davidson said the next phase of his relationship-building begins. Organizing activities outside the golf course helps build relationships and gets his staff to try new things they can look forward to doing.

The last things Davidson said he wants to hear from his staff is how much they are looking forward to their next day off.

“If all they care about is when their next day off is, that’s not a fun place to work.”

Organizing outside events for staff participation adds to Davidson’s workload, but he said the benefits are worth the effort.

No matter how seemingly menial a task a worker is given, it’s important to remind him how vital his efforts are for the good of the team, he said. If one individual isn’t doing a job to the best of his ability, the team as a whole isn’t going to be successful.

When mistakes are made on the golf course, it’s important to let workers know where they went wrong, but it’s just as important to praise staff when things are done right, Davidson said.

“It’s easy for us to say to someone, ‘You scalped a collar.’ We notice things go wrong all the time. How often do you notice things that are done right? It’s important to tell the people and to be specific.”

It’s one thing for Davidson to tell a worker he did a good job mowing a green, but the accolade can be more complimentary if the employee is specifically praised for the uniformity of his lines.

“That’s really important because they like to be noticed. You have to really remember to do that.”

Continually encouraging staff and making them feel a part of the course ownership goes a long way, he said.

“It lets them show personal pride. They feel like they’re making a difference.”

Davidson said “cross training” or getting staff to move around and try different tasks combats monotony and allows the benefits to outweigh the negatives.

Providing staff with constructive feedback is something Davidson tries to do at least twice during the golf season. At the same time, he encourages his staff to provide him with feedback so that he is aware of areas he can improve.

For the coming golf season, he said he hoped to enact a points system in which a monetary incentive is at stake. Point can either be awarded or taken away, depending on the actions of the employee. This approach, he said, allows employees to take responsibility for their own actions. For example, an employee who chooses not to wear his hard hat on the job will have points deducted, but he can redeem himself with a chance to gain points if his work merits reward.

Davidson said it is vital that a supervisor is consistent and sets standards.

“People who try to bend the rules will often be the biggest demotivators for your staff.”

Those individuals must be dealt with accordingly, he said, especially if they continually show up late for work.

“It demotivates the rest of the staff, and they lose respect for you because you’re not doing your job (in properly disciplining them).”

Davidson said it’s adviseable for a supervisor to “get his hands dirty” and occasionally do some of the work of his staff, including raking bunkers or emptying buckets on a triplex mower.

“Anything to let them know that you’re not above them. They don’t always want to see you drive around the golf course just looking at them.”

By getting involved in staff’s work from time to time and conversing with them, “it brings you down to a level where it shows you’re no better than them. You’re just as capable of doing the task as well.”

Taking the time to learn about an employee’s strengths and providing them with sincere appreciation when it’s due is a measure which builds a positive rapport between supervisor and employee, Davidson said.

“It definitely makes people want to be better. It has to be sincere. People can see fake appreciation.”
Listening to what employees have to say is just as important as speaking to them, he said, adding a supervisor can become easily distracted if he doesn’t focus his complete attention toward what is being said to him.

“It’s disrespectful if you don’t listen to them.”

Often an employee will have a good idea he wishes to share with his supervisor, emphasizing the need to listen attentively.

“You really have to get them involved with day-to-day tasks. Get them involved with making decisions, and maybe they’ll come up with new ideas about doing things better because they do it on a daily basis. How do you think you’re going to get respect from anybody if you don’t give respect to them?”
People will accept criticism much better if the supervisor leads by example and admits to his mistakes as well, Davidson said.

Always remember a person’s name and address them properly, he added.