RAINWATERâ€ˆmanagement is poised to become a potential entrepreneurial niche market as recent trends are placing a greater need for rainwater harvesting and management in Canada.

Ken Nentwig, a retired landscape architect and educator and current executive director of the Canadian Association for Rainwater Management (CANARM), spoke at January’s Landscape Congress in Toronto of the need to rectify the interruption of nature’s water cycle caused by urbanization and the changing landscape. 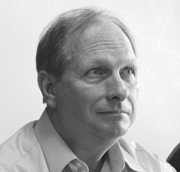 He said water is not coming down and going into the ground and neither is it going back up into the atmosphere the way it should. By interrupting nature’s water cycle, we create problems, he added.

With a storm sewage system, we work with reactive peak flows.

“We want to change that to becoming more proactive, working with volume management.”

Rainwater management is about dealing with rainwater when it is in our control such as when it hits a roof or a road. Rainwater management can help reduce the dependency on potable water resources because we tend to use a lot of it for landscape purposes and for flushing.

Nentwig said rainwater is largely an untapped resource which is environmentally sound. By harvesting it, the water isn’t being changed, but is rather being utilized and managed instead of getting away.

It is speculated that about half of residential water use in Canada is for outdoor purposes. About two-thirds of water earmarked for garden use is believed to be wasted.

Irrigators have been trained to minimize water waste and to use irrigation so that the two-thirds is significantly reduced. Nevertheless, Nentwig said, half of all water is used outdoors, and it doesn’t have to be potable.

He said it takes about 1,500 litres of water to produce one egg and about 15,000 litres to produce one kilogram of beef. The amount takes into account water needed for transportation in the production of gasoline and diesel fuel to move such products across the country. Such amounts are known as a “bucket print,” in reference to a carbon footprint.

Nentwig said it used to be that water would fall from the sky and go into the ground. In the event of a heavy storm, excess amounts ran off. The climate in years past was more stable, but things are changing in recent times.

Today, through urbanization, the water is not going into the ground as it once did.

“So we’re losing that ground recharge and we’re having a whole lot of water run off from the surfaces of buildings and from the streets, and it’s going someplace else.”

We’re also losing evapotranspiration in which the water isn’t going back into the atmosphere as it once did, he added.

As time goes on, there will be increased urbanization and further changes, he said.

The amount of actual water available to us is small, Nentwig said. Water is available from the atmosphere, glaciers and from natural bodies of water, but no one is making any new water.

Those who attempt to harvest rainwater often have good intentions, but fail in their execution. Backyard rain barrels often fail to work as they should because they are improperly sized, they overflow, and every drop which spills over is going someplace else and is wasted. Although it is a start, it is not a rainwater harvesting system that is usable and workable.

We can do better by going from reactive to proactive, Nentwig said, adding our way of thinking needs to go from “we have water we can’t use so let’s get rid of it down the sewer” to “we have water landing on our roof, patio, driveway and road, so how can we use that as a resource? What’s the best way of doing this?”

Rainwater is all around us and is readily available. It is clean and relatively uncontaminated. Rainwater without acid rain is slightly acidic in itself and helps to erode minerals from stones and rocks, and this is what helps to carry nutrients.

Rainwater can be stored or treated or both, and can be useful, but it has to be connected. Nentwig said the purpose of harvested rainwater must first be understood, whether it’s for landscape use, irrigation use, stormwater use, for flushing, for potable purposes, or for ornamental or food crop irrigation.

If it’s for stormwater, one must deal with engineers, municipal offices, building inspectors and higher governing levels because there are rules and approvals which must be followed.

Nentwig said the potential for harvested rainwater for use in landscaping opens up a possible niche market whether it’s in design, build or maintenance.

There is a need to know how much harvested rainwater is required on a regular basis during the growing season, and the amount which can be captured can vary significantly from one part of the country to the next. The rainwater must be managed accordingly, knowing, for example, that one millimetre of rainfall on one square metre of roof or ground equals one litre of water. A 15-millimetre rainfall will produce 15 litres of water for every square metre of catchment.

Changes can be made in storage sizing for rainwater catchment, perhaps drawing from both sides of a roof or adding a garage to the setup.
Nentwig said every rainwater harvesting system will have three components: catchment, storage and distribution.

Catchment is where the water hits, whether it’s a roof, driveway or other area, and its means of conveyance, such as a downspout.

Without storage, the rainwater harvesting and management system is considered to be passive, but becomes active with storage. Every system should also have an overflow because if it fills up, the water has to have someplace to go.

“If it doesn’t have a place to go, it’s going to go where it wants to go.”

Storage can be used for detention or retention. Retention is when the water remains on site while detention means the water could be held for treatment, for use in an irrigation system or for potable use.

Water can be stored in a rain barrel, a tank or a cistern, and can be located underground, in a basement or above ground. Using a form of filtration in the system will keep the water as clean as possible.

“You don’t want gunge in a rainwater tank.”

Distribution of the harvested rainwater could be by gravity or by pump. It could be taken into the house for such non-potable usage as flushing or washing clothing, or outdoors for irrigation.

Not all systems will have all three components, Nentwig said. All systems will at least have a basis for catchment, and most will have both catchment and storage. All three will be required for such intentions as irrigation.

Tanks will come in all shapes and sizes, he said, and every system should have a calming inlet in which water comes in, goes down a pipe and comes back up. This prevents splashing of water from the top.

“That calming inlet is so important. Every system should have some sort of filtration that brings clean water into the tank.”

When dealing with an overflow from rainwater tanks, if connected to a storm drain system, there must be an air break or backwater valve which are pipes connected solid so that water can’t come back out of the storm sewer and fill up the rainwater tank with sewage water which might come off the street.

“You don’t want that coming into your house.”

When backwater prevention devices are incorporated into a system, they must be inspected yearly.

Nentwig said that where he lives, water is treated with chlorine and ammonia. Chlorine by itself will evaporate from water if left to sit. Chlorine plus ammonia makes chloramine. The intent of chlorine is to kill bacteria, yet chloramine stays in the water. Chloramine is poured onto plants and is drank.

“I would much rather use rainwater if I could. Every municipality is different.”