Features Earth Week Eco-Friendly Soils
Photosynthesis: How golf supers can use it with IPM

Authority on photosynthesis shares how process can be regulated 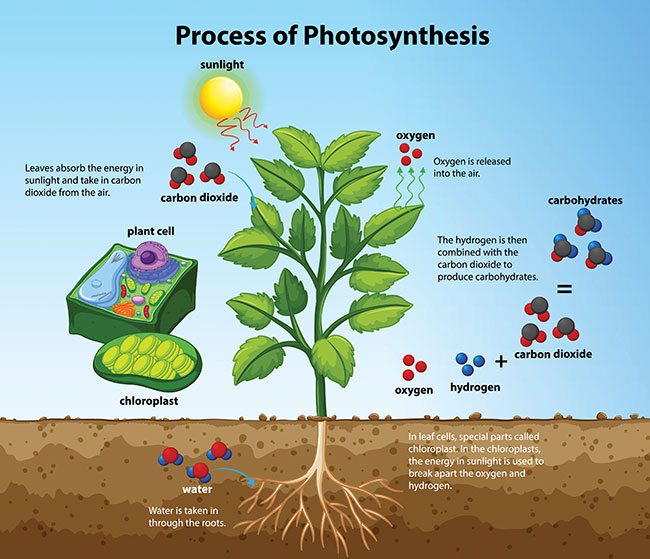 Photosynthesis is a process by which plants and some other organisms use sunlight to synthesize foods from carbon dioxide and water. Photosynthesis in plants generally involves the green pigment chlorophyll and generates oxygen as a byproduct. Such is the definition by Oxford Languages.

“What does photosynthesis have to do with managing a golf course?” asks Dr. Arthur Nonomura, rhetorically. “The answer is everything.”

Nonomura, co-founder of iHammer LLC (now Brandt iHammer) and an authority on photosynthesis, spoke virtually in January to an audience of Canadian golf superintendents about how photosynthesis can be used effectively in an integrated pest management (IPM) program.

“Healthy turf resists stress and pests when you put photosynthesis at the top of your IPM,” he said. “It works for you when you manage photosynthesis on the golf course.”

Nonomura, who had collaborated with the late Dr. Andrew Benson, a biochemist and leading expert in photosynthesis, said sunlight is actually “starlight” which must be “eaten” by the plant. Bright stars transmit themselves as light in packets of energy and mass called photons which plants receive and eat.

Water is oxidized to oxygen gas and NADP (nicotinamide adenine dinucleotide phosphate) is reduced to NADPH (a reduced form of NADP) by electron transport in the Z-Scheme. The high-energy compound ATP is produced through proton transport. It and NADPH are used for carbon assimilation.

Nonomura described the electrons’ transport in the Z-Scheme as similar to the backspin action of a golf ball when hit by a pitching wedge. The electron is the golf ball which gains energy after being hit by the wedge. As the ball, or electron, backspins, it loses energy and requires another input of energy (a putt) to make its way to NADP to make NADPH.

“Think of NADPH as holing the ball.”

The photosynthetic process in which light energy is transformed to chemical energy happens within 13 picoseconds.

“It is so fast that it happens in a time duration that’s faster than the signal that goes in your brain to blink your eyes.”

The carbon reactions of photosynthesis occur when chemical energy is incorporated into the bonds that hold carbohydrates together to make food.

Nonomura said it was Benson, who along with Drs. Melvin Calvin and James Bassham, worked out the path of carbon in photosynthesis in the chloroplast. The scientists showed the carbon that builds turf comes from the air and is metabolized in the chloroplast – the organelle of every turf cell that photosynthesis researchers had been studying since the 1940s.

Carbon dioxide is taken from the air by a protein enzyme called RuBisCo. It’s first fixed to a five-carbon compound before making a six-carbon compound that is split into two three-carbon compounds. These were considered significant discoveries in the 1940s and ‘50s.

As carbon dioxide gas is captured by RuBisCo, sugar is made by adding one carbon per turn of the Benson-Calvin cycle.

Glycoregulator technology
Glycoregulator technology is a tool superintendents can use in the field to improve photosynthetic efficiency, Nonomura said. Turf has proteins that store and release sugars in a natural process called the plant lectin cycle. Lectin proteins bind carbohydrates. The technology works by increasing carbohydrate availability for utilization by the plant. It has been tested on fine fescues in the field and in greenhouse settings with promising results, he said, including enhanced root growth and improved performance under drought stress.

The presumption is that structural carbohydrate is being allocated to turfgrass root production, leading to enhanced water acquisition. This allows for bypassing the lectin cycle to be redirected to growth.

“We now have a plant growth regulator for photosynthesis because it utilizes the plant lectin bypass in the carbon reactions of photosynthesis.”

Alpha methyl mannoside (AMM) binds lectin and displaces glucose, preventing other glucoses from attaching to the lectin. The glucose goes to other plant growth points, including respiration, homeostatis and turgor.

The plant growth regulator for photosynthesis regulates the carbon reactions, not in the chloroplast, but in the vacuole of the plant cell. The vacuole – the largest organelle in the plant cell – presses against the cell wall because of the released glucose.

When glucose binds lectin, it is osmotically inert. As AMM occupies lectin, it forces glucose to leave. The vacuole presses against the cell wall, causing the cell to expand, allowing for recovery from midday wilt.

Nonomura said photosynthesis works hand in hand with IPM. Cell membranes in turf are designed to keep chemical out, but glycoregulators get in. He said the technology engages symporters to increase the efficiency of transmembrane transport. In a tank mix, symporters act as cargo carriers for high-efficiency IPM that can reduce pesticide use.

Management of the recovery from midday wilt enhances turf quality, allowing the blade to stand up and look better, he said, adding healthy plants attract fewer pests than weaker turf.