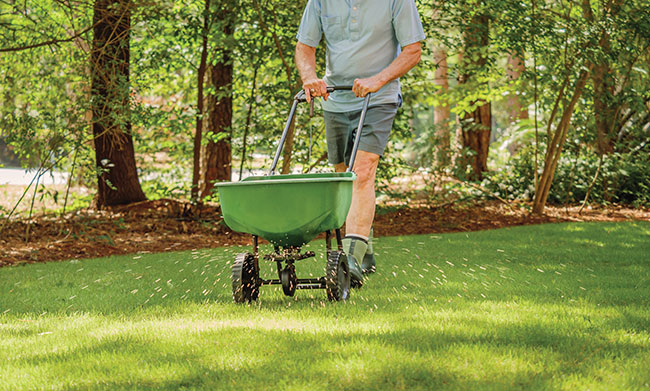 Lawn care customers who wish to subscribe to an organic program need to be informed that desired results may not come immediately. Photo credit: © The Toidi / Adobe Stock

Lawn care professionals who wish to offer their customers an organic program can still achieve satisfactory results, but they’ll come with a number of challenges, a professor of turfgrass management and soil fertility says.

Dr. Beth Guertal of Auburn University in Alabama, speaking in September at Nutrite’s 10th annual Customer Appreciation Day in Guelph, said elements of organic turf management are mandated in many jurisdictions, such as in provinces where many traditional chemical weed control products are outlawed or where phosphorus use is restricted. In spite of such limitations, however, an organic program can be delivered as a feasible option, but it’s up to the professional to communicate with his customers so that they understand the desired results may not come immediately and prices could be higher.

Fertilization is relatively easy in the delivery of an organic turf management program, she said, but added weed control tends to be more difficult. Because such inequalities exist when compared with an inorganic program, it is important the customer is educated about the differences between programs.

Customers must be informed, for example, that organic nitrogen isn’t immediately taken up by the plant. A sward of turfgrass that needs to green up and grow and heal quickly may require an inorganic nitrogen source such as ammonium sulfate or urea because the nitrogen is readily available. Urea can produce colour on bentgrass within four hours, Guertal said.

A lawn care professional managing a customer’s property, reduced to using only an organic source of fertilizer when temperatures are colder and it’s wet, will have to inform the customer he’s going to have to wait a while before he sees any noticeable green-up. It could take two to three weeks for soil temperatures to reach warmer conditions, allowing the organic nitrogen to convert and allow the plant access to it.

Lawn care customers requesting an organic program are actually looking for fertilizers made by plant or animal byproducts, “and there are thousands of them,” Guertal said.

Blood meal is an organic material with a higher nitrogen content (about 12 per cent nitrogen and no phosphorus or potassium) and comes from stockyard tankage waste. Turkey litter is another popular animal byproduct organic
fertilizer.

“It’s a great thing because we’re taking what would otherwise be a waste material and we’re recycling it as a nutrient source,” Guertal said.

But, she cautioned, the long-term application of organic fertilizers can lead to an accumulation of phosphorus, and that can present a problem in areas where extra phosphorus is prohibited.

“Finding products that have no P in them is important.”

Organic fertilizers are low-analysis, she said. A guaranteed analysis tells the buyer where the nitrogen, phosphorus and potassium comes from as well as their percentages.

Urea, when applied in late winter or early spring when temperatures are still chilly, will keep the colour of turf going within two to three weeks of getting decent colour. Organic sources will take longer to achieve the same green colour, she said, because it must be mineralized.

“The organic nitrogen has got to be converted to inorganic by microbes that aren’t too interested in doing that when the soil is cold or wet.” 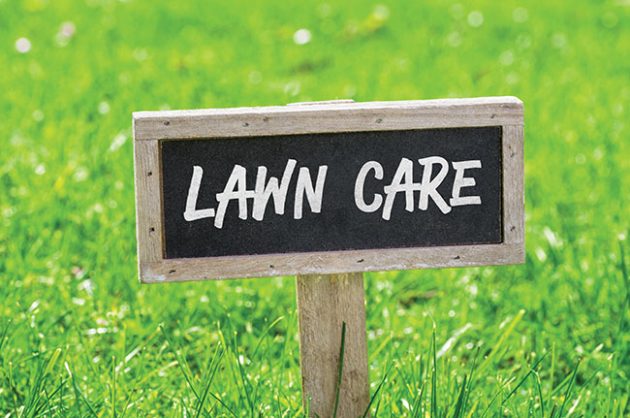 Weed control is perhaps the greatest issue associated with organic turfgrass management. But, by fertilizing correctly, mowing at the proper height and frequency, and not allowing the turf to get open can achieve control and prevention.
Photo credit: © Zerbor / Adobe Stock

Challenge of weed control
The single greatest issue associated with organic turfgrass management is weed control, Guertal said. The easiest way to achieve weed control and weed prevention, she noted, is to fertilize correctly, mow at the proper height and frequency, and to not let turf get open.

Organic herbicides are almost always 100 per contact and are rarely selective, she said. When spraying vinegars and fatty acid compounds, they won’t be selective and will almost always require extended applications.

Corn gluten meal, for example, is marketed as an organic pre-emergent weed control product for dandelions and, to a lesser extent, crabgrass. The typical rate of application is 20 pounds per 1,000 square feet.

“That’s perilously close to all the nitrogen you need for the year.”

She said that where she resides in the southern U.S., applying corn gluten meal in January or February as a crabgrass control seems wasteful.

“How much grass do I have growing in January and February that’s going to use two pounds of nitrogen?”

From an environmental standpoint, Guertal said that even though it’s an organic herbicide, the amount of nitrogen that’s being co-applied could present a risk through nitrate leaching because it’s being put down at the wrong time of year.

Weed growth may be slowed down, but research suggests only 30 to 40 per cent control from the organic approach, and it will require multiple years’ worth of applications, she said, adding organic products are more expensive and don’t have residual benefits.

Adopting an organic program requires more attention to detail, she said, and professionals will have to communicate to their customers that some weeds may come along and need to be removed by hand. She also warned that a lot of “snake oil” exists in the organics market.