Features Municipal
Once on the cusp of extinction, Canada geese numbers now thriving in North America 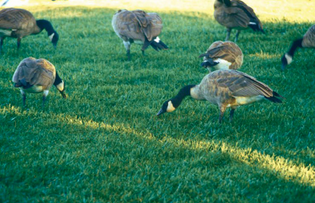 Canada geese were once on the brink of extinction, but conservation efforts introduced decades ago have driven their numbers up to an estimated seven million in North America. Today, their vast numbers are the cause for concern in municipalities. They are known to eat crops, create traffic snarls on roadways and litter parks with their excrement. Now, municipalities are trying to find ways to deal with the geese.


Related
Upwards of 1,000 geese being relocated to sanctuary
Lachine, Que. getting tough with increasing populations of Canada geese
Victoria looks to herding dogs to keep Canada geese away from parks
Canine service keeping geese away in Thunder Bay