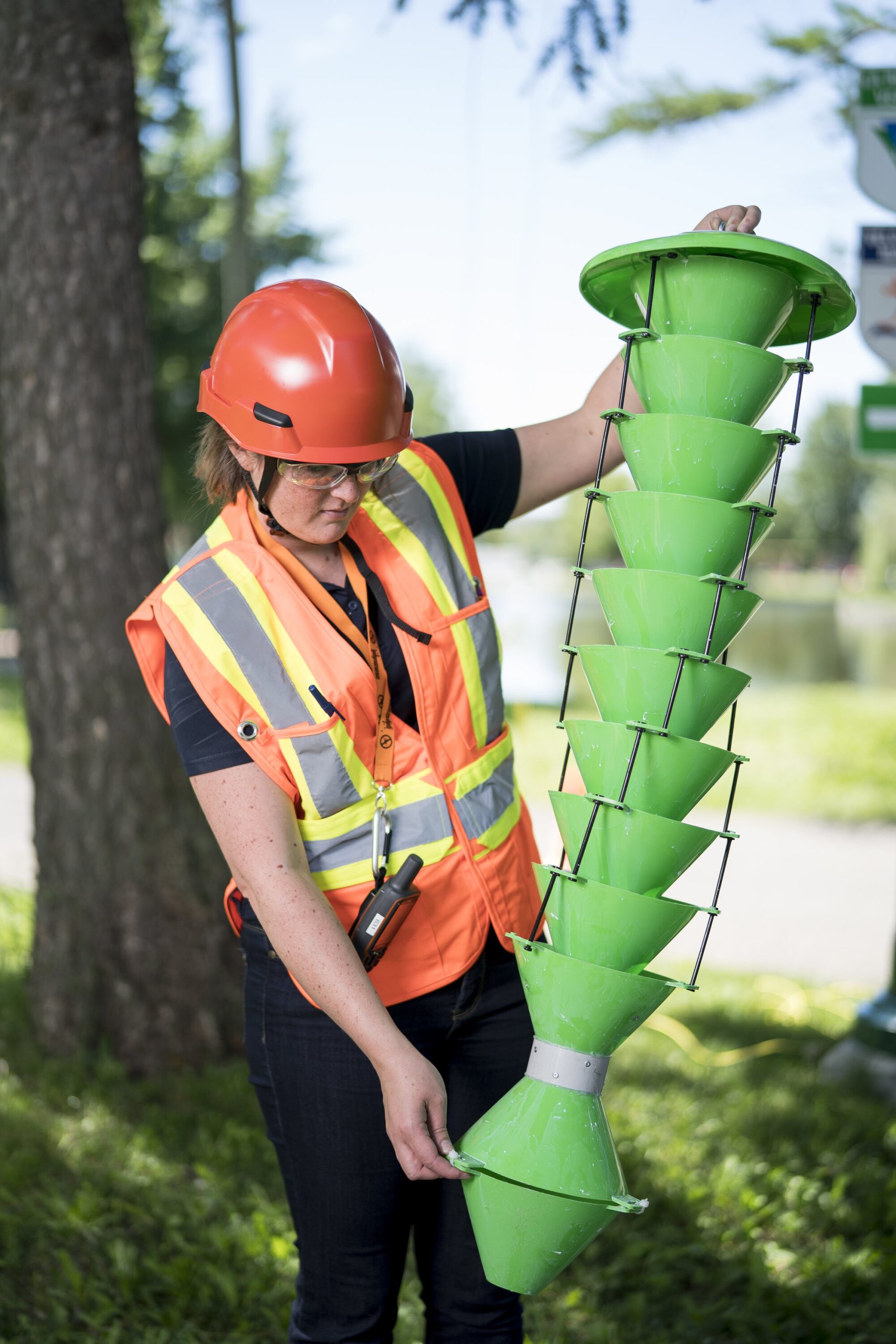 A new biological means to control the invasive emerald ash borer has been approved for registration in Canada by the Pest Management Regulatory Agency.

FraxiProtec, a product of GDG Environment, a subsidiary of the Kersia Group, has now moved to the marketing stage. In 2016, GDG Environment and researchers from INRS-Institut Armand-Frappier and Natural Resources Canada took steps to test the effectiveness of a method to control the emerald ash borer, using an auto-dissemination device for the fungus Beauveria bassiana isolate CFL-A called FraxiProtec. Since 2019, GDG Environment has continued its efforts to deepen various research questions related to the efficacy of the fungus, the registration and the development of the FraxiProtec label.

The product is a new tool in Canada for controlling EAB populations, using a naturally occurring fungus from Quebec. Since the EAB is a new insect in our ecosystem, it has few diseases and predators. This invasive exotic pest is rapidly advancing and decimating North American ash populations. This new auto-dissemination system controls EABs in the adult stage. The insect is attracted by the device and, once in contact with the fungus Beauveria bassiana, it is released and free to contaminate and disseminate toxic fungal spores to other EABs during mating.

Originally from Asia, the emerald ash borer first appeared in the United States and Ontario in 2002, and in Quebec in 2008. It would probably have arrived in packaging or wooden pallets during the maritime transport of goods and would have found refuge in forests and cities to then spread through firewood and the exchange of plant material between nurseries. By gradually killing all ash trees, this exotic pest now poses a serious threat to the economy and the environment in urban and forest areas, even becoming a threat to human health.