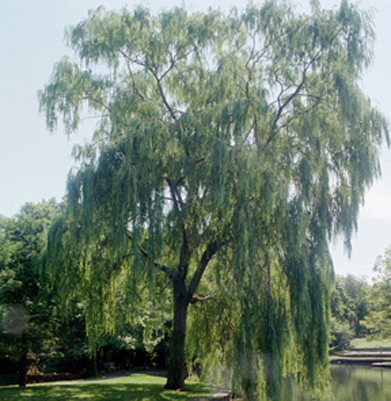 On most golf courses in North America, trees are a part of the game experience. Often, they will serve as obstacles to golfers who fail to find the fairway, but, more importantly, they help to define fairway boundaries, provide protection for golfers against stray hit balls, provide habitat for wildlife, and add to a course’s aesthetic appeal.

A tree’s presence on a golf course means it must be maintained and continually monitored for flaws which could potentially land the course in legal hot water.

“Anytime there are trees on your golf course, it is going to increase your maintenance,” he told more than 250 superintendents and assistants. “Trees and turf are not compatible, but when you manage them properly you can manage them to co-exist.”

There are three key points to consider when managing trees on a golf course, Funk said, citing quantity, quality and location.

The issue with quantity, he said, is that there are usually too many of them. With quality, they’re often not the best, and their location often suggests they’re in the wrong place.

Superintendents are urged to conduct an inventory of their trees, collecting such data as where they are located as well as their species, size, age and condition. The information will serve as the basis for how they are to be managed. Existing software programs can also keep track of how much carbon dioxide a tree sequesters as well as its capacity for stormwater retention.

Such information should ideally be updated annually or at least every three years, Funk said. Armed with this data, a superintendent can either prune the tree, remove it, relocate it or leave it alone.

One of the biggest problems with trees on a golf course is that they often the wrong tree in the wrong place. Funk said it’s important not to invest a lot of money into a tree which isn’t going to last long and to consider what the return for that tree will be over time when lots of money is poured into it.

An example of the wrong tree in the wrong place, he said, is the weeping willow. They are shallow-rooted, fast-growing and are apt to cause plenty of maintenance problems down the road.

“Anything that’s fast growing is not a good choice.”

Poplars are also fast-growing and shallow-rooted.

Funk said shallow-rooted trees might come down in as little as 10 to 20 years.

The Norway maple is a beautiful tree when it’s small, he said, but as it grows it gets broader, it increases in density over time and will ultimately create problems with excessive shade.

A good tree, on the other hand, is the honey locust, assuming there is no presence of major insect pests. Their leaves tend to crinkle up as they fall which contributes to minimal mess. Funk warned, however, it’s best to get a sterile tree which doesn’t produce seed pods.

“It’s a beautiful tree if you’re talking about the sterile ones.”

Pods are often big and heavy and can cause damage to cars which may be parked beneath the tree’s canopy.

A superintendent must consider what role a tree will play on his course during the coming decades, including its impact on shade and humidity. By thinking ahead, Funk said, potential problems can be averted.

Any tree on the golf course should be considered a potential hazard, he added. If it bears a structural defect, it is hazardous and may lead to a lawsuit.

Any time dieback is detected in a tree, it’s also dying below ground. Funk also suggested superintendents be wary of disease presence in trees, adding it can destroy a tree from the inside out.

Abundant shade will contribute to turf disease, he said, noting tree roots are not the cause of the problem, contrary to popular belief in some circles. Funk said turfgrass is always more competitive than tree roots for extracting moisture, oxygen and nutrients. Tree shade makes it more difficult for turf to undergo photosynthesis. Without it, turf can’t make sugar, can’t build up defence chemicals and can’t grow properly, subjecting it to increased wear and disease susceptibility.

Surface roots of trees will not only affect playability, but can cause injury to golfers. To discourage roots from being too close to the surface, the turf areas around trees should be allowed to dry up on occasion, Funk suggested. This opens the capillaries and allows oxygen to get in. Deep watering will push the oxygen down, encouraging tree roots to go deeper into the soil.

Tree roots will always be close to the surface if the area is consistently kept moist, he said.

Root pruning is an option, but it’s a practice that will have to be repeated continually. To avoid the labour and expense associated with root pruning, Funk suggested the installation of a root barrier made from a material that is toxic to the roots. Once a tree root touches it, it won’t penetrate it.

For top growth thinning, Funk advised to never remove any more than one-quarter of the tree’s canopy because the tree is always in equilibrium. Too much removal will severely impact the tree’s health.

“If you do it wrong, you’re going to pay for it sometime down the road.”

If a branch is cut between its end and point of origin, a “witch’s broom” type of growth will develop. This will adversely affect its structural integrity in that area, creating a potential hazard.

Properly cared for, trees along the perimeter of golf courses adjacent to housing developments can add at least six per cent to the value of homes they surround, Funk said.