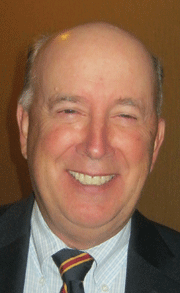 The first thing to keep in mind, he said, is that every golfer has a different set of capabilities and that maintenance standards have to create playing conditions that can reasonably accommodate all club members.

Also, he noted, it is unrealistic to expect all golf courses to look like the courses that are shown on television.
“What you see on television often isn’t even close to reality,” he said.

The prime purpose of having published maintenance standards is that club members have a blueprint that they can refer to (or be referred to) with any questions.

“The blueprint,” he said, “will outline the club’s goals and procedures for day-to-day operations. It will reflect the needs of all club members and players and identify what members want to see.

He advised that greens committees should ideally consist of about seven members and include people with difficult golf skills at different levels as well as the general manger, the golf pro and maintenance staff.

The basic guidelines for writing a series of maintenance standards, Gilhuly pointed out, include soliciting feedback from club members—thereby giving them a sense of ownership—and learning the relevant details such as the type of equipment that is available or would be needed along with what materials would be required and budget limitations.
The key areas to be concerned with, he said, are the greens and surroundings, the fairways, the tees, the rough, the bunkers, the practice facility and the clubhouse grounds.

Gilhuly proceeded to suggest some basic tips.  For example, the best way to repair a ball mark, he said, is to push the soil back against the direction from which the ball came.

He talked about the greens and green speed.

“Green speed is tied to the slope,” he noted. “As you ramp up the slope and speed, you lose the hole locations.”

On the subject of collar dams, Gilhuly recommended that sand should be applied only after aeration and a light topdressing.

Gilhuly spent a considerable period of time discussing the importance of aerating greens—to relieve compaction and renew organic material—and the different venting options. There are many ways to vent greens.


“The goal with all of these devices,” he explained, “is to aerate the green from top to bottom to create accordion roots and a really healthy green.”

He noted that a Jackson Hole, Wyo. course hasn’t pulled cores in more than 10 years with another Wyoming course not pulling cores in 18 years.

He then explained the basics of light and frequent sand topdressing.

“You don’t want heavy sand accumulation,” he said. “You should be applying about one-third of a cubic yard for every 5,000 square feet every two to four weeks.”

Gilhuly views trees as a potential problem when it comes to course maintenance.

“Tree removal can be an emotional issue,” he noted, “but tree roots can cause extensive damage underground under the greens and bunkers. They can also be a safety hazard.”

For root and tree removal, he recommended contacting Todd Creighton at www.flatpaths.com in Calgary.

“Moving tees forward has proven to be very popular and doesn’t cost much,” he said.

Finally, Gilhuly noted that Brian Youell, the superintendent at Uplands Golf Club in Victoria, B.C., has set the standard for golf course maintenance in Canada and is always willing to provide advice to fellow superintendents across the country.