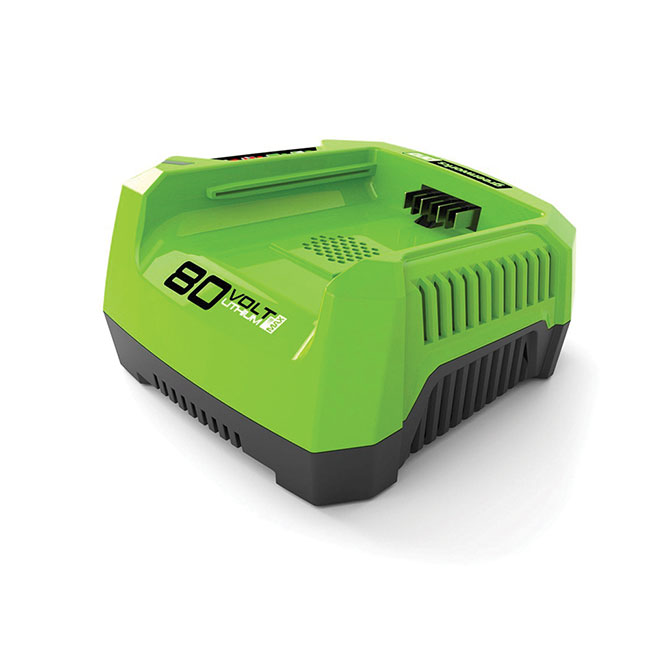 Battery-powered landscaping equipment has been growing by leaps and bounds in recent years, and its future is “very exciting,” those attending Sports Turf Canada’s Ontario sports field training day last September in Oakville were told.

Gasoline-powered equipment has typically been used in both landscaping and sports turf maintenance, but it’s on the cusp of being surpassed by newer technology that is powered by rechargeable batteries.

He said battery-powered equipment has advanced to a point where it can perform at the same level as gas-powered equipment. Batteries continue to increase in capacity, resulting in longer run times, shorter charge periods and lighter weight. A battery powered string trimmer, for example, with a run time of a couple of hours, will be no heavier with a battery than its two-stroke gas-powered counterpart, he added.

Some industry professionals have expressed concern that battery-powered equipment can’t generate the power or run time necessary to meet their needs at a jobsite, but Perpete said that’s changing as a result of significant advancements in lithium ion technology. Driving zero-turn mowers are 13.8-kw batteries.

“That thing’s going to run six or seven hours before you need a charge.”

“We’re finding that the municipalities are driving the need for landscapers to purchase battery-powered equipment.”

More than 500 U.S. cities have banned gas engines for blowers that Perpete said are often referred to as “the devil’s blow dryer.” This has forced major corporations to ensure their commercial properties are being maintained now by battery-powered equipment.

“It’s mostly for the quiet aspect of it, but again they’re not overlooking the savings that’s involved with this.”

One of the biggest factors impeding the acceptance of battery-powered equipment is “sticker shock,” Perpete said, acknowledging the products aren’t cheap. But, he added, gas-powered equipment is going to have to meet certain EPA guidelines in the years to come and that will drive up the price of that equipment.

Perpete urged anyone who has never used battery-powered equipment to try the technology.

“The performance will wow you. There’s definitely a cost savings on battery versus gas. The average gas price of late if about $1.15 per litre for regular grade fuel.” 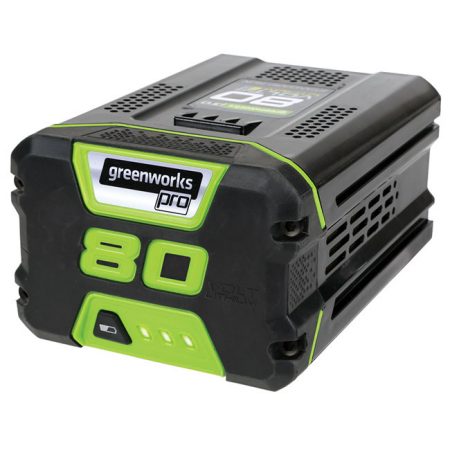 Driving battery-powered equipment for school boards and municipalities is the significant reduction in noise. For much of the pieces of equipment, the decibel output is half that of gas-powered machinery.

“What does it mean for people using this product? You don’t have that drone in your ears constantly. It’s a bit of a higher pitched noise, but it’s not as deafening as it is with gas-powered equipment. If you use a string trimmer for a length of time and you put it down, there’s very little vibration in battery-powered equipment. When you put it down, you won’t have that tingling sensation in your hands which can last for quite a bit of time after you put the unit down.”

A typical gas-powered chain saw puts out about 110 decibels while an average battery-powered saw delivers about 67 decibels.

When using battery-powered equipment in the heat of summer, an operator equipped with a backpack blower won’t be nearly as hot and “won’t smell like a gas station” when he’s finished using the equipment, Perpete said.

Gas-powered products that aren’t used frequently and stored for significant periods of time in a truck or a depot are apt to experience starting problems from time to time due to carburetor residue and clogged fuel lines. Perpete said battery-powered equipment doesn’t require much more maintenance than keeping it clean and ensuring cutting parts remain sharp.

Perpete urged his audience to try battery-powered equipment, suggesting users will be “stunned” by the performance.