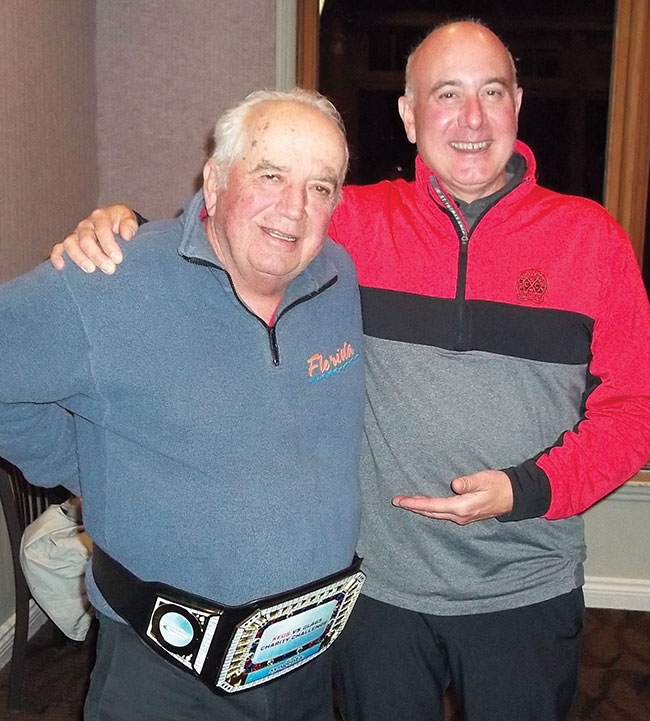 The 10th anniversary of a friendly match play competition between two neighbouring southern Ontario golf superintendents associations – perhaps appropriately – finished with one side squaring its decade-long duel to allow the event to start its next chapter with a fresh start.

It marked KEGS’ second consecutive win in as many years to knot the series with GLAGS at five victories aside.

“It came down to the last group, and it was only a point, so you can’t get any better than that,” host superintendent Paul Lemieux said.

GLAGS dominated the first four matches, winning 2-1 in each pairing to secure an 8-4 lead. But a 3-0 sweep in the fifth match by Richard Froese (Oxley Beach Golf Course) and John Pickard (Maple City Golf Club) over Patrick Brennan (The Fox Golf Club) and Mike Burch (Forest City National) gave the home team a fighting chance to come back.

The penultimate match resulted in a split of 1½ points apiece to set the stage for the dramatic seventh and final match.

As the event sponsor, Syngenta puts up a cash prize for the winning side to use in a charitable fashion, whether it’s to support an association’s endeavours or sponsor a group to participate in the Ontario Turfgrass Research Foundation’s annual fundraising golf tournament.

“This is all about giving back to the associations and trying to encourage people to play in the events,” Syngenta turf specialist Ryan Beauchamp said, noting both KEGS and GLAGS have monthly meetings and golf outings during the season. He said the Syngenta Cup has helped to boost attendance at both associations’ events.

Beauchamp addressed the assembled group at the post-tournament dinner, promoting a new superintendent university event in December offered by Syngenta and the Ivey School of Business.

“That’s been a fantastic thing we’ve done with superintendents from across the country,” he said. “Next year, in 2019, it looks like we’re going to do an assistant superintendent university event. They’re very high value experiences. I wish I had that training when I was a superintendent when you think about the different opportunities. It’s all about networking. That’s why we’re here.”

Next year’s Syngenta Cup competition will be played at the St. Thomas Golf & Country Club in Union where the event was first played in 2009.