Landscape contractors can grow their businesses with better hiring practices 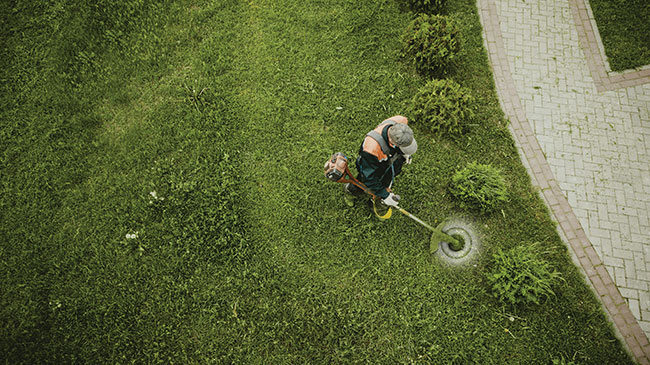 Introducing a pre-interview level to the hiring process can immediately weed out job candidates who would likely be deemed unsuitable during the in-person interview process. Photo credit: Dzmitry Palubiatka/Adobe Stock.

A landscaping business will not be profitable or grow without the right people on board. And that can’t happen without the execution of proper hiring practices. Attracting career-minded employees who are looking for something bigger for themselves is the first step landscape contractors must take when investing in their businesses, says the CEO of LMN (Landscape Management Network Inc.).

Mark Bradley, speaking in January at a webinar directed at landscape contractors wishing to attract and retain better talent, said employee turnover is a common problem among landscaping businesses.

“If you’ve got turnover issues, often the best place to look is who you hired to begin with,” he said, noting the best landscaping companies will almost always claim they have no issues finding the right people.

A contractor himself, he admitted his hiring practices were once lacking, but he’s since developed strategies that have succeeded in attracting high-level and eager talent that have significantly boosted the growth of both his company and his employees.

Many companies tend to struggle with the hiring process, he said, suggesting many businesses don’t even have such a process. Landscaping firms without proper hiring processes tend to make mistakes along the way, and each new hire is handled differently, based on the time of year, the type of job role, and what might be happening in the day of the company owner or manager, “and I think things just start to snowball in the wrong direction very quickly.”

Bradley said he starts with advertising a job posting that thoroughly describes the vacancy and then prompts applicants to fill out a five-page pre-interview form that helps to separate good candidates from the not-so-good. The forms are emailed to the applicant, filled in and returned. He figures job candidates who aren’t willing to take an hour to fill out the pre-interview form are likely not serious about a career in landscaping.

Would-be employees who simply pick up the telephone and ask what time they need to show up in the morning are undesirable applicants, Bradley said.

Narrowing the good candidate list
By incorporating a pre-interview level to the hiring process, he can work with a smaller list of good candidates that will require less work during the in-person interview phase. During his earlier years as a contractor, Bradley said he’d dedicate a day in the office to conduct interviews every half-hour with 16 to 20 applicants. Only three to five candidates, however, bothered to turn up, resulting in a wasted day. Since adopting the pre-interview step, those chosen for in-person interviews have always showed up.

“Pre-interviews are where we find the right people because we can ask tough questions, and questions I probably wouldn’t ask in an in-person interview because I think people might choke up a little bit on the spot.”

Bradley said, for example, he might ask the applicant to describe a past scenario in which he or she had dealt with an upset customer, and what had been done to resolve the situation. Or the candidate might be asked how he overcame tension when working with a difficult supervisor.

Many landscaping employees quit their jobs or are dismissed because they don’t take their positions seriously, he said.

“Ultimately, we have to break the cycle of the way we hire and the way we onboard and invest in these new people if we really think that we’re going to have some success.”

Bradley said the chances are usually slim among many landscaping businesses to retain a newly hired employee, even if the individual is outstanding. Many new hires go directly to a job site without any onboarding or training, creating not only a safety risk but increasing the odds that he’ll likely move on within two to six weeks. He said the employee arrives at work on his first day, climbs into a truck with others he doesn’t know, arrives at a job site for which he wasn’t foretold, and finds himself in an uncomfortable position.

“Almost immediately, they start to question if they made a good decision.”

Ultimately, the employee figures there may not be a future with that company and begins looking for another job.

Landscape contractors need to understand what great people want, he said, adding not knowing may be the reason why some businesses lose great people. Employees want purpose, goals, responsibility and freedom, he said, and they must understand the business and how they can contribute towards its success.

Without a sense of purpose, the monotony of the “grind” can set in, Bradley said. Company culture can wane quickly because there is no feedback loop. If an employee has no understanding of whether a job is going well, for example, it becomes a grind.

“The easiest way to change that is to provide the attention and give the feedback. Make sure every field supervisor understands estimated versus actual.” 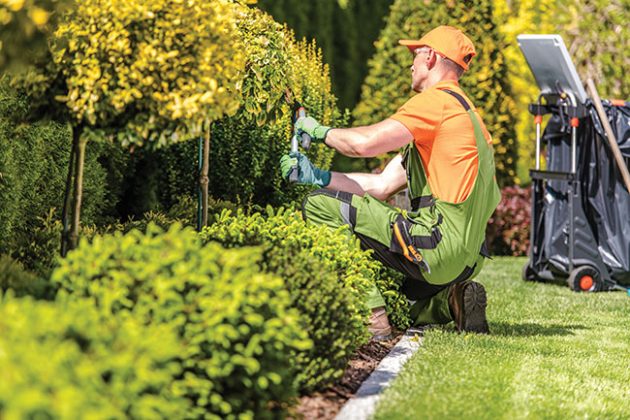 Employees want an opportunity to advance their careers by plotting a path that leads to better wages and a higher position within the company. Bradley said this makes company transparency so important.

“A transparent company starts with a transparent strategic plan, where everybody in the company understands what the one, two, three and five-year objectives look like so that they can see the opportunity for themselves and really dig in and do their part to help the company move forward.”

For employees to grow their own opportunity, it needs to come with increased compensation, better openings for year-round employment, more fringe benefits and flexibility, he said. Being able to gain access to benefits and a retirement savings plan not only is beneficial toward employee retention and company culture but is a key component toward building a good team.

“When you’re operating with a good, solid operating budget and you enter these costs (benefits and retirement savings plans) in, it’s usually surprisingly affordable. If it’s built into the operating cost of the business, it’s estimated, and the overhead markups are covering it. The difference on that price to the customer is not going to make or break your success in getting jobs, but it is a major make or break factor when it comes to hiring the right people and keeping the right people.”

Bradley said contractors who don’t offer benefits or retirement savings plans may wish to explore getting quotes and options so that as their employees continually climb the career ladder and are always unlocking better opportunities. Creating a more liveable wage in the landscaping industry is the secret to unlocking a better workforce, he said, and ensuring staff are cared for with such extras as benefits is important.

One of the pitfalls among contractors who struggle to find good employees is that they hire staff only when needed.

“That’s a mistake that’s all too prominent,” Bradley said, adding there is a lot of merit with having a year-round recruiting plan. Contractors are more apt to get applications at different times of the year than when they’re needed. 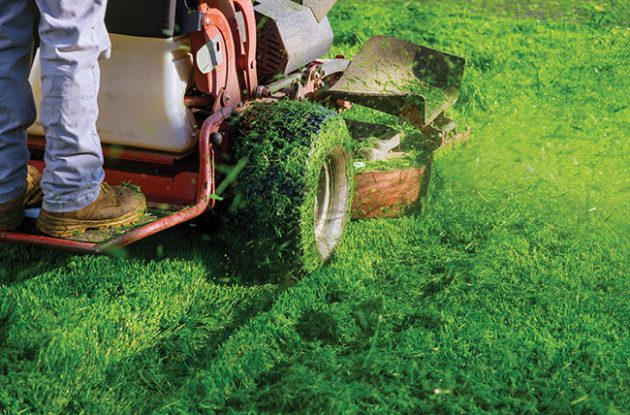 B level employees, who account for about 70 per cent of a landscaping company’s staff complement, get the job done and drive revenue.
Photo credit: Ungvar/Adobe Stock.

“In the interview, they stand out. They’re obviously more intelligent, they’re more motivated, and are a lot more likely to succeed in the business.”

Bradley said A levels employees should be easily identified.

Employees considered as A level must be handled different than B level staff, he said, suggesting contractors may want to turn their B level employees into supervisors because they’ve usually been around for a long time and know how to do the work. Although they’ll need to be trained and developed for the opportunity to become A level, contractors must realize that many B level employees don’t wish to become managers, supervisors or foremen and simply prefer to continue to work independently.

“If they really love the work, I think it’s worth continuing to invest in training and improving their skill set, and at some point, they might become A level, which is typically a crew supervisor on up to management.”

B level employees are those who get the work done and generate revenue for the business, he added.

C level employees, on the other hand, are those who typically have bad attitudes, are unreliable, not trainable, not invested in the business, “and should have been fired long ago.” Many companies tend to hang onto this classification of workers far too long. These people could include managers, crew supervisors and, in some cases, a partner in the company.

“These are people who are not going to contribute to continuous improvement initiatives. They’re not going to make any positive impact on culture, no matter what you do with them.”

C level employees are always negative, and contractors don’t have the time to change or re-program them.

“The faster these people are removed, the more likely you are to continue to grow with the middle 70 (per cent) and the top 20 (per cent).”

A successful company starts with hiring better people who respect what goes into the business and who understand that their job is to contribute to the company’s bottom line and grow alongside the company. Bradley said a contractor’s biggest fear is investing in people who aren’t going to stick around but suggested that by putting in the time to find the right people who are career-minded helps to relieve stress.

“Ultimately, what we want is a highly skilled and efficient team, and that means having to slow down the turnover.”