News Profiles
Health and Safety: Impressive as it is, lightning’s serious 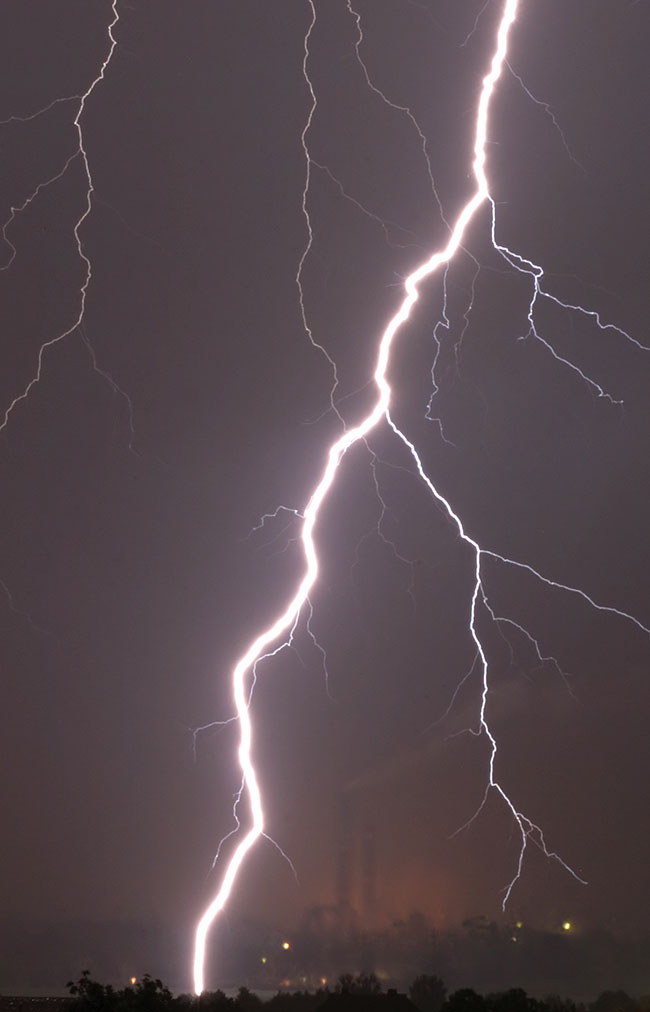 Did you know that during Canadian summer months lightning strikes once every three seconds? Although the odds of getting struck by lightning are less than one in a million, Environment Canada says lightning kills about 10 people every year in this country and injures another 100 to 150. The best way to prevent these deaths and injuries is to have a preparedness plan and to take safety measures.

It is especially important for people who work outdoors to be warned of the dangers of lightning. Employers need to recognize the hazards associated with electrical storms and, where appropriate, have safe procedures and work systems in place to minimize the risk of injury or harm to employees, and should review these policies seasonally.

A lightning bolt is a million times more powerful than household current, carrying up to 100 million volts of electricity. When someone is struck by lightning, an electrical shock occurs that can cause burns and even stop the person’s breathing. Lightning victims are safe to touch. Bystanders shouldn’t hesitate to save a life by calling for help. If breathing has stopped, administer mouth-to-mouth resuscitation. If breathing and pulse are absent, a trained rescuer should administer cardio-pulmonary resuscitation.

Whether you fear lightning or consider it a natural wonder, it’s a very real hazard that warrants caution. Protection from lightning begins before the storm. Paying attention to weather conditions and forecasts allows time to plan for threatening weather and react appropriately.

Although thunder and lightning can occur occasionally during a snowstorm, April to October are the prime thunderstorm months in Canada. The prime times for storms are late afternoon and just before sunrise.

Knowing how lightning behaves can help you plan for an approaching storm. It tends to strike higher ground and prominent objects, especially materials that are good conductors of electricity such as metal. Thunder is a good indicator of lightning – as they say, “if thunder roars, go indoors”.

Because light travels faster than sound, you will see lightning before you hear the thunder. Each second between the flash and the thunderclap represents about 300 metres. As a rule of thumb, if you can count less than 30 seconds between the lightning strike and the thunder, the storm is less than 10 kilometres away. There is an 80 per cent chance that the next strike will happen within that 10 kilometres, and if you can hear thunder, you are within striking distance. Go immediately to the nearest safe building or a fully enclosed, metal-topped vehicle … there is NO safe place to be outside in a thunderstorm. Wait 30 minutes after the last thunder before going outside again.

Safe shelters from lightning
The safest place to be in a thunderstorm is in a safe building. A safe building is one that is fully enclosed with a roof, walls and floor with electrical wiring, plumbing, telephone line, or antennas to ground the lightening should the building be hit directly. Even inside, there are safety precautions to take. Keep as many walls as possible between you and the outside.

Stay away from doors, windows, fireplaces, and anything that will conduct electricity such as radiators, stoves, sinks and metal pipes. Avoid handling electrical appliances and telephones. Use battery operated appliances only.

The next best source of shelter is an enclosed metal car, truck or van (but NOT a tractor, golf cart, topless or soft top vehicle). Make sure the vehicle is not parked near trees or other tall objects that could be struck or fall during a storm. When inside a vehicle during a lightning storm, roll up the windows and sit with hands in lap, waiting out the storm. Don’t touch any part of the metal frame or any wired device in the vehicle (including the steering wheel or plugged-in cell phone). A direct strike to your car will flow through the frame of the vehicle and usually jump over or through the tires to reach ground.

Be aware of downed power lines that may be touching your car. You are safe inside the car, but you may receive a shock if you step outside.

Unsafe shelters
Buildings or structures without electricity or plumbing to ground the lightning do not provide any lightning protection. Shelters that are unsafe include covered picnic shelters, carports, tents, baseball dugouts as well as other small non-metal buildings (sheds and greenhouses).

If you absolutely can’t get to safety …
There is no safe place to be outdoors during a thunderstorm. However, there are areas that might be less dangerous – and help reduce the risk of being struck by lightning outside.

Stay away from things that are tall (trees, fences, flagpoles or posts), water, and other objects that conduct electricity (tractors, metal fences, lawnmowers, golf clubs).

You do not want to become a prime target by being the highest object on the landscape. Take shelter in low-lying areas such as valleys or ditches but watch for flooding.

The Canadian Centre for Occupational Health and Safety (CCOHS) promotes the total well being of workers in Canada by providing information, training, education, systems and solutions that support health and safety programs and injury and illness prevention.
www.ccohs.ca