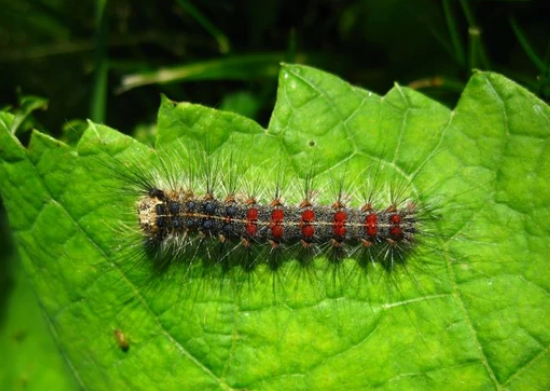 Gypsy moths are having their way this year with Hamilton’s trees, but the city has no plans to deal with the problem until next year. Ground spraying is the only measure being taken by the city to control the invasive insect, and it’s being done in only select locations. The gypsy moth was first discovered in Ontario in 1969. Its larvae feeds on tree foliage, usually finishing by the middle of July.