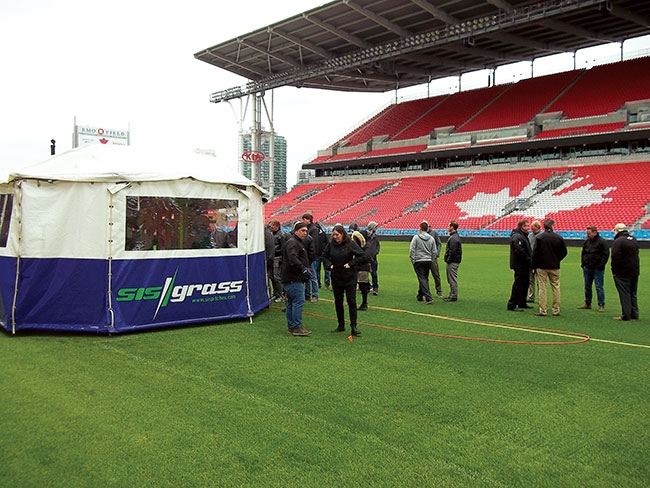 As the Toronto FC prepares to play its earliest ever Major League Soccer home opener this Saturday, head groundskeeper Robert Heggie and his staff have been battling frigid temperatures to rid BMO Field of its “organic gunk” and have the field ready for play. Adding to the challenge has been the team’s need to practise at BMO Field this week as the artificial turf surface at its training centre in the city’s north is still frozen. BMO Field, on Toronto’s waterfront, is a hybrid system that is mostly natural turf with some artificial fibres stitched in to give it more stability.