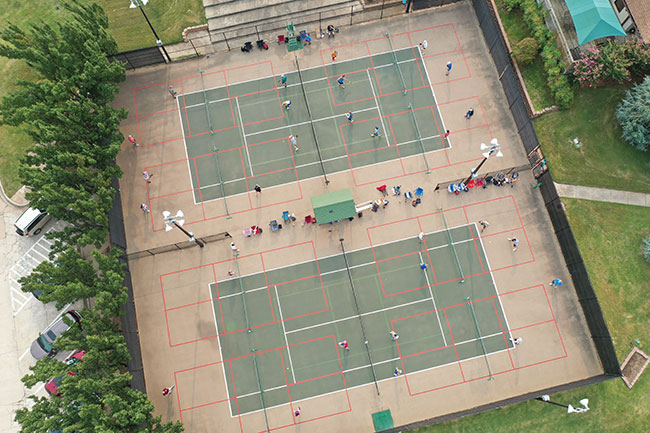 It’s important for parks and facilities managers to work closely with their user groups to keep everyone satisfied with their amenities and field needs. Photo credit: Nicholas/Adobe Stock

Rory Doucette recently began his third career position directing the needs of a municipality’s parks and recreation department. Having previously served in the same capacity in Oakville and Waterloo, Welland’s new manager of parks and open spaces says it’s a good idea to become acquainted as early as possible with a municipality’s user groups, its field inventory and its council members.

Doing so will not only build positive relations with key people but may free up funding for facility improvements.

Speaking in February at the virtually delivered Ontario Turfgrass Symposium, Doucette cited community involvement as one of his first considerations upon arriving in Welland, suggesting that’s where the money comes from.

Among his first orders of business was to reach out to the city’s user groups and schedule meetings with them.

Such meetings should never be adversarial because everyone is part of the same team, Doucette said, adding input from user groups provides him with more ammunition when he stands before council to ask for money to fund new fields or upgrade existing facilities.

Taking advantage of social media is another way to help get needed funding, he said. Using Facebook, Twitter and other platforms to promote local tournaments and give shoutouts to championship-winning teams helps to boost the city’s image. It is helped even more when photographs are posted that depict the tiptop conditions of the community’s sports fields.

“It’s all about that positive imaging,” Doucette said, adding council appreciates knowing the value it brings to the city.

When a municipality plays host to a major provincial or national tournament, it’s a community boon as such businesses as restaurants, gas stations and hotels and motels prosper. Acquiring fields that can adequately accommodate such tournaments or upgrading existing facilities so that they’re able to handle larger-scale events, directly benefit a municipality.

Parks and recreation departments function differently from one municipality to another and may have differing policies and cost structures.

Welland, for example, didn’t have an inclement weather policy in place for its sports fields when Doucette became its parks and open spaces manager. It was a shortcoming he was determined to fix as soon as possible.

“If people are going to play and hurt themselves on your field because the weather is poor, that’s not ideal, but the worst piece of that is they’re paying anywhere between $15 to $30 – depending on your municipality – for an hour of play, and in that hour, they’re going to destroy your field and it’s going to cost you thousands of dollars to repair it.”

He suggested field inspections should be made at least once a month to avoid potential litigation, and that everything should be documented and saved for up to seven years.

The need for field safety
Field safety cannot be overlooked, Doucette said. This can be achieved through regular inspections and detailed documentation of the time spent on field maintenance.

Playable sports fields are the product of healthy turf. A key strategy for maintaining sports fields used primarily for soccer is to periodically shift the nets so that worn goal mouths have a chance to recover.

During his time in Oakville, Doucette shifted nets forward, backwards or left and right about six feet every couple of weeks, allowing time for goal mouths in their previous position to recover.

This approach, however, is highly dependent upon a field’s initial planning, he said. Concrete pads laid too close to the field negates the ability for shifting.

On Oakville’s major fields, shifting was done about six times during the season, allowing for the necessary cultural practices to take place.

To properly shift a field, painted lines must have faded so that field dimensions aren’t thrown out of sync.

“Make sure you deliver on that. If you tell your painters not to go out and you don’t shift that field when you’re supposed to and you have no lines on the field, you’re going to hear about it.”

When coming from another community, it’s important for a parks manager to “dig into” his new municipality’s history to obtain information he can use to streamline his operations.

“As someone who has changed municipalities twice now, it’s vital to have that information, which is lost most of the time, so you have to go searching for it.”

Much of his time is spent bringing older facilities up to code to ensure they are accessible.

In the second part of this story, to be published in the August/September issue, Doucette talks more about user group relations, the means to achieve healthy turf, field lighting and obtaining necessary funding.