News
Exploring the ‘secret sauce’ in growing a design/build firm

There is no business “botox” for growing a design/build landscaping company. There is, however, planning, passion, being radically different, saving for a rainy day, setting goals, company culture, customer service, attitude, processes, innovation, sales and mentoring.

Darren Bosch, design and client services manager for The Landmark Group of Thornbury, Ont., shared “the secret sauce” of growing a business and building clients into ecstatic advocates at a presentation he made in January at Landscape Congress in Toronto. 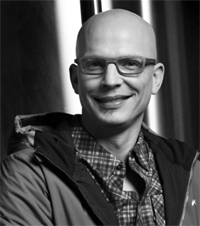 There is really no secret to making a business successful, he said, but added it’s important to understand the ingredients, the accelerator and proof of the “sauce.”

According to Landscape Ontario’s prosperity partners program, there are five key pillars a landscape design/build firm should focus on: sales and marketing, finances, operations, leadership and the customer.

The business owner must have a core set of values from which he operates every day with regard to people, Bosch said. This includes hiring, firing, dealing with clients and dealing with budgets.

“It’s a key piece of your success,” he said, adding it was a piece which turned his business around in many ways.
Knowledge and skill are essential ingredients toward establishing a successful business.

There are no short cuts in landscaping, Bosch said, urging his audience to “be remarkable.”

The landscape contractor must have the ability to measure and analyze metrics and must be driven toward hard work, discipline and focus, he said. Incorporating prayer or having faith in a higher order is also an asset, he added.

During his presentation, Bosch presented a video in which Landmark Group customers provided testimonials about the company’s product and its customer relations. Among the messages conveyed in the video was that the customer gets what he paid for, acknowledging that quality isn’t an accident, that care is put into every job, that it’s a stress-free experience for the customer, and that price shouldn’t be the only selling feature.

No matter where a landscape design/build company is situated in the market, it is going to be too expensive for some in their eyes. Some customers featured in the video admitted that The Landmark Group’s price structure is costlier than others in the market, but noted the value justified the expense.

Bosch said it is in a person’s DNA to connect with other human beings.

“I believe a key fundamental of the secret sauce for every single business, no matter where you are in life, is loving people.”

Service is all about caring for other people, he said.

Whether the customer or the company’s staff comes first is often debated, but Bosch said there are arguments for both, noting they are all people.

Even the act of firing an employee shows an element of care for that individual, he said. Caring for people affects every level of business, he added, suggesting both employees and clients are synonymous.

When a company culture putting people first is developed, a warrior’s spirit is adopted.

“When you care for people, you go to war for each other.”

It’s also about not putting oneself first, Bosch added.

The philosophy helps to create a fun attitude which makes business enjoyable. Growth isn’t only about the bottom line and a company’s physical size, but is about people, too, he said.

Providing comfort and trust to the client is essential, Bosch said. The Landmark Group typically conducts surveys with its customers about a year following a job’s completion and then again a couple of years after that.

When hiring The Landmark Group, the customer deals directly with Bosch for four to eight weeks during the design process. Once the project is underway, the customer then deals with the project manager and estimator who runs the project, keeping things on schedule.

Customer feedback fielded by The Landmark Group includes messages that the client is impressed by the company’s care which includes such job site conduct as refraining from smoking and swearing and not playing loud music.

“Those are the things they talk about.”

Bosch said he learned the business from scratch and came out of the corner fighting, noting the customer “cares to be cared.”

Another video was presented which asked the question: what makes your projects so different and unique?

“Behind every project is inspiring design and discipline planning.”

The design process is more than just the creativity, he said, adding it is important to try to get into the head of the client and to create a tailor-made design which fits his needs. The process becomes cemented once the right engineering is incorporated into the project, making it last.

Bosch said it is vital the company sticks to its budget to prevent any later surprises for the client.

Time and money are saved during construction by forecasting and pre-planning this together, he said. It is helped greatly when the right questions are asked during the design process and there is an understanding of what the customer’s objectives are from a lifestyle perspective, how they plan to use the space and the key challenges involved.

It’s more than the customer simply wanting a patio or a pool or nice plantings, Bosch said. With a smart design and being able to ask the right questions, a better product is realized than simply adhering to a wish list.

“For us, great design combines ‘uber’ creativity and all things practical and on budget.”

Design isn’t only an art form, but is good business, he said.

To illustrate an example of “proof of the sauce,” Bosch reflected on the business practices of Southwest Airlines which has been profitable for 43 years of its 45-year existence. The airline’s mission is to deliver the highest quality of customer service, delivered with a sense of warmth, friendliness, individual pride and company spirit. The company claims its people are its greatest strength and most-enduring, sustainable, long-term competitive advantage.

Southwest Airlines has been listed by Fortune magazine to its most admired companies list for 21 consecutive years and has received several other accolades.

Southwest’s focus is on its people. In 1973, the company adopted the first-ever employee profit-sharing model, and its shareholders have enjoyed 43 years of profit.

Bosch said the Southwest example proves that a company can both care for people and enjoy profit.

He urged his audience to ask themselves:

• Am I adding value in someone’s life today at work?

• Am I choosing to operate with a higher vision for the good of another?

• Or are you frantically spinning in the competitive world of stress and competition?

Bosch challenged his audience to “dare to care,” urging them to change their focus from the client and employees to the people they care for and to whom they have been entrusted.