Features Profiles
Employees want to be led, not managed 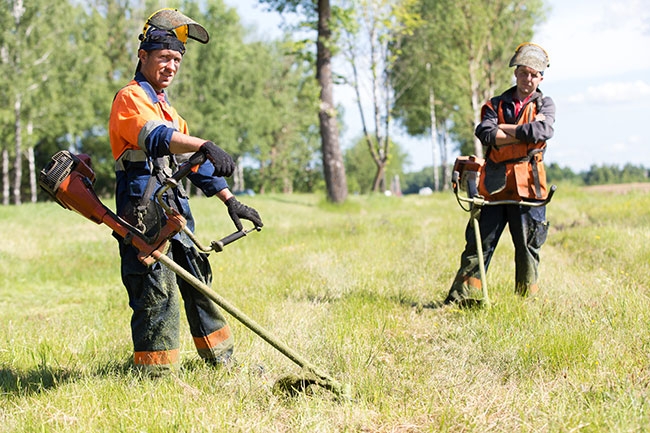 People would rather be led than managed, and those in leadership positions who choose to simply manage their staff will find their employees will typically underperform, will coast through their jobs and will contribute to increased turnover, an audience of golf course superintendents was told in February in Victoria, B.C.

“If you’re trying to manage your people, you will struggle with people issues every single day of your career because people refuse to be managed,” said Steve Keating, senior manager of sales and leadership development for the Toro Company, speaking at the Canadian Golf Course Management Conference.

He said superintendents who struggle with people issues, believing it’s the toughest part of their job, do so because they are managing people and not leading them.

Things like budgets and inventories are managed, yet people are led, Keating said, adding those who treat people as if they are part of a budget or inventory or fleet of equipment will become increasingly frustrated when underperformance and job turnover become the norm.

Throughout his presentation, Keating made several references to Gen. George B. McClellan who led the Union army during the U.S. presidency of Abraham Lincoln. McClellan was historically regarded a master tactician yet was a chronic hesitator and a poor leader, contributing to his downfall.

His habitual hesitation and reluctance to “pull the trigger,” always waiting for the “right time,” led to his eventual dismissal. Although McClellan commanded a large army, he never launched his troops into battle and would ultimately find himself on the defensive, Keating said.

He asked the room of golf superintendents if they felt their workers were bringing the battle to them.

“Hesitation gets a lot of us in trouble.”

Many people don’t like to take chances, he said, and those who are risk-averse are almost doomed to eventual failure.

“Without risk, there is certainly no reward.”

“You have to get out of your comfort zone. You have to be willing to fail. Those who are too afraid to fail, fail because they never take a risk. Not taking a risk is the single biggest risk you can take in this business today.”

A window of opportunity as to when to move will always be available, he said, adding those who can’t make a decision will find it difficult to lead.

“I like to have as much information as possible before I make a decision.”

Having that desired amount of information, however, rarely occurs, he said, leading one to continually dig for more. Finally, a decision is made followed by action.

“You can fix a wrong decision. You cannot fix a no-decision.”

Weak leaders hesitate
Choosing to do nothing puts an individual in a quagmire situation he cannot escape. Keating said successful people or great leaders make decisions while weak leaders hesitate. Weak leaders fear being wrong so much that they make no decision at all. One needs to make certain why he is delaying.

“Are you practising patience? Are you making good, sound business judgment or are you procrastinating?”

Keating said it is what one does with his allotted time that makes him a successful business person and leader.

“We do not have a lack of time. What a lot of people sadly have is a lack of ability to prioritize.”

The ability to prioritize comes from having clearly-defined goals and objectives. Keating said if one doesn’t do something today to draw nearer toward achieving his goals – no matter how busy he might be – he won’t be productive. Without goals, there is no productivity, no matter how hard one works. Once it is realized there is “something in it for you,” one can be more productive.

A leader can “put up with a lot of crap” and never lose control of his attitude because he knows why he’s doing what he does.

“You know what’s in it for you. That’s the power of goals.”

Research shows that people spend an average of 40 hours thinking about and planning for a one-week vacation, yet most people won’t spend even one hour planning out the rest of their lives, Keating said, adding it’s impossible to plot the future without goals.

McClellan always complained about one thing or another he deemed was outside his control, implying he didn’t have enough time, money or resources to get anything done, Keating said.

He challenged his audience to ask themselves what their priorities really were before complaining about a lack of resources. Sometimes the things superintendents enjoy doing that occupy much of their time don’t contribute significantly to their success. When they start to think about their priorities, there tends to be a shift in their behavior and what they do.

Get your priorities in order
Keating said the average American father spends seven minutes a week engaged in quality conversation with his children under the age of 18. He said they have no sense of priority and fall into the trap of doing the urgent things rather than the important things, and that’s not a successful path of leadership.

“Can you really communicate what your priorities are and what’s important to you?”

When one can stick to his priorities, he tends to get more done, he said.

McClellan had a penchant for blaming others for mistakes he made, Keating said.

“When you blame other people, it’s the kiss of death for leaders.”

One will never reach his full potential unless he is willing to accept responsibility for everything that goes on in his life, including both the good and bad as well as the people he allows in.

“If you don’t have the responsibility for the people you let into your life, then you’re going to let other people determine your future for you.”

Keating added that if a superintendent complains about the people in his life and does nothing to get them out, that is also his responsibility.

At its core, leadership is about influence, he said. If one has the ability to influence other people, he can lead, but he must also understand that other people are influencing him. Determining whether such people are positive or negative influences is an important consideration.

“They either leave you in a better place or in a worse place. If you want to be more successful, you need to make the conscious choice to interact with more successful people. A good leader will accept more than their share of the blame and less of their share of the credit. You need to stand up for your people and protect your people. If you have the audacity to call yourself a leader and think of yourself as a leader, then you have to accept responsibility for your people’s success.”

Those who don’t have that acceptance are simply managing people and not leading them, he said, and those who refuse often enough to accept responsibility for the things that go wrong in their lives will eventually be able to convince themselves they are superior to others.

Poor planning leads to failure and causes a shift in blame toward others, Keating said.

Even if a plan goes awry, there will be something to fall back on with another starting point, he said, adding one can look back and realize what went wrong.

If a superintendent just one time blames his team for a decision he made himself or an action he had taken, he will personally disqualify himself with the ability to lead, Keating said.

“Leadership requires trust. If your people do not trust you, they cannot follow you.”

If a superintendent is truly a leader, those being led have made a commitment to their superior as an individual. A manager is one who can force the compliance of his people. The problem with having the compliance of people, he said, is that, upon leaving the golf course, the compliance also leaves.

“People will comply if they’re forced, but you must earn the right to lead. Once you’ve earned that right to lead, they become committed to you as a fellow human being.”

When a leader leaves the property, the commitment remains behind, Keating said. Employees want to do the job for the leader, rather than do it for the money.

The first time a leader starts to point fingers, he loses the right to lead, he said, adding trust isn’t the easiest thing to earn, but it’s virtually impossible to rear.

Referring to McClellan again, Keating said the general loved the trappings of leadership. Wherever he went in the field, his troops would construct him a small house with a bed off the ground and a heat supply while his men braved the outdoor elements. He was a believer in the adage, “rank has its privileges.”

But Keating said rank has its obligations.

“You have an obligation to be the model of successful behavior for your people.”

A leader’s followers will do what he does long before they do what he says, essentially mirroring his behaviours and actions.

“If you can’t apply the rules to yourself, then you shouldn’t be applying them to your people.”

A leader must be willing to make sacrifices to set an example of successful behavior in his people, Keating said. Leading is a set of skills, characteristics and attitudes meant for others to follow. Referencing McClellan again, he said the general didn’t adopt that way of thinking and established his own set of rules. Lincoln eventually fired the leader of his army, mainly for acts of insubordination.

Everyone is periodically challenged with frustration, Keating said, and that can lead to acts of insubordination.

“When you’re insubordinate to the people above you, you lose their trust and then you lose the ability to influence them.”

While acts of insubordination may not necessarily end one’s career, it will end any chance for real success, Keating said.

He said McClellan often talked behind Lincoln’s back, and that proved to be the final straw. The loyalty between the president and the leader of his army ended when it was discovered McClellan would say one thing to Lincoln and something entirely different to everyone else.

Keating said if a golf superintendent makes a disparaging remark about his greens committee chairman or a club member, the act will eventually come back to haunt him. Insubordination will “kill you” every time, he said, suggesting the best way to deal with someone is face to face.

“If you do not have the courage of your convictions, of your principles, of your core values, you will find it very, very, very difficult to actually lead.”

Keating said McClellan didn’t have the courage to tell Lincoln what he really thought.