Eastern Canada, including much of Ontario, has experienced significantly colder-than-normal temperatures the past couple of years, even though the trend over the past 60 years has generally been leaning in the opposite direction. 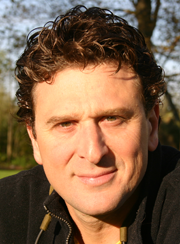 The challenge before superintendents is to fight these types of dramatic climate shifts, Rossi said, noting that grasses which had worked well for several years are now facing new problems. Superintendents consequently switched to other grasses that also might have done well, but, following another climate shift, they aren’t faring well, either.

Golf courses would also play differently at those times of the year under such a scenario, Rossi said, “but that’s not something that golfers are willing to swallow.”

He admitted, however, if a system of seasonal golf could be achieved, “it would make our lives a lot easier.”

Climate and soil will ultimately determine how much stress superintendents will have to face, Rossi said.

“If you’re blessed with good soils, that helps you in some ways, but in other ways good soils in your native areas and in high, unmown areas tend to support a lot of weed growth and a lot of dense turf that we don’t want.”

Even though they may be good soils, they may not necessarily be desired in some areas because it makes it more difficult to manage some of those spaces. Soils can be managed to a certain extent, but climate must be accepted, Rossi said.

“Whatever your philosophical approach is to managing your playing surfaces, and you stick to that regimen with this much fertilizer, this much pesticide and this much water, you’ll create a population of plants that adapt to what you do.”

Rossi said grass can be trained in the same manner as a dog. The more annual bluegrass is intensely managed in a certain way, the more it adapts to what is being done to it. But when there is a catastrophic development such as winter damage or loss in the summer, “it’s a big, fat reset button” because those plants are no longer. He said the plants that superintendents have worked so hard to manage to provide an ideal playing surface under conditions normally provided are gone, “and that’s the burn.”

Getting things back will take three to five years, he said, adding there are superintendents who can still see winter-damaged areas three to five years later which continue to struggle, especially if they have filled in with annual bluegrass.

Populations adjust to maintenance based on competition—bentgrass/poa annua—and maintenance includes regular stress being put on the surface as well as disruption from the game itself.

“We all know how traffic impacts our turf.”

A certain amount of traffic is necessary on a golf course, particularly when it is grown to bentgrass, Rossi said. If bentgrass isn’t provided with sufficient traffic, it gets puffy, yet if too much traffic is realized, it thins and annual bluegrass moves in.
The puffiness associated with limited traffic is usually found on championship tees which are utilized only a couple of times during a season. That is where thatch presents a problem.

Rossi published a paper a number of years ago that looked into whether or not the changing climate was making dollar spot a bigger problem.

“Is the climate changing in a way that’s creating a condition for dollar spot to be a bigger problem?”

The length of leaf wetness is the primary determining factor in almost all foliar diseases. The longer the leaf stays wet, the greater the chances disease will occur. Rossi said that over the past 50 years, conditions have become more conducive to getting dollar spot.

“We’re finding dollar spot is becoming a bigger problem today in the fall. A lot of that has to do with the fact that climate change had made environmental conditions more conducive to dollar spot.”

He said the surge in dollar spot is coming at a time when the general society is suggesting golf courses spray less and use less fertilizer.

“The problem is getting worse at a time when your inputs are being demanded to be less.”

He said it is important to note the role traffic plays in how golf courses are managed. For the conditions wanted on the greens at the Bethpage State Park golf courses, which have been the site of ongoing studies led by Rossi, annual bluegrass “is the grass that can do it.”

It fares well on a USGA putting surface, he said.

“You get the right poa on a sand-based system, that grass is money. It is really, really good.”

Plugging and sodding greens is not failure, Rossi said, but is actually smart. He noted a superintendent’s job is to provide a playing surface which just happens to be grass.

Firm today seems to be passing up speed. Golfers want their feet to ache after 18 holes more than they care about how far the ball rolls. A firm yet porous and permeable surface is what he believes superintendents should be striving to create on their putting surfaces, especially in wet years when they’re trying to shed excess water. More irrigation will be required when the surface is more permeable.

Because grasses are good at clogging up the upper layer, superintendents should be looking at how permeable their upper three centimetres will be, Rossi said.

“That’s where the money is made.”

Grass plants are producing biomass all the time, he said.

“One of the reasons why we’re having problems with organic matter accumulation at the surface is we’re actually getting good at growing grass.”

The more grass grown, the more organic matter there will be to manage. Rossi said the goal is to hit the “sweet spot” where plants are actively growing and the organic matter is being managed. It’s the management of the organic matter, he said, which determines the infiltration rate or the amount of time water will sit on the surface and move its way through.

Superintendents who are able to drive down the organic matter levels in their surfaces will realize an increase in their infiltration rates by making the surface more permeable. Organic matter allowed to accumulate at the surface creates an enormous amount of fine pores which act like a sponge and hold water. By integrating sand particles into it, the organic matter is squeezed out which creates a larger pore space with the sand particles to allow gravity to move water through.
If organic matter could hold water at eight inches, Rossi said he would be happy, but he doesn’t want water at zero to three inches. Golfers want firm and fast surfaces which are traffic-tolerant. Wet surfaces and heavy traffic are a bad combination, he said.

Decent sand is needed to manage soils these days, he added.

Traffic helps keep organic matter at bay, and the plant doesn’t grow as much under that degree of traffic, Rossi said. When a golf course is dry, it can tolerate considerably more traffic and wear than when it’s soaking wet.

When it comes to mowing, anthracnose will become a problem if bentgrass is scalped. He said there is a fine line between setting up mowers to provide proper ball roll and performance and creating problems.

If firmer greens are desired, coarser sand is wanted. With finer sand, greens can’t be expected to be firmer all the time, he said, adding with finer sand, pores are smaller, organic matter fills them quicker, and there is the need to add sand more frequently.

Rossi touched upon the state of golf in North America, noting there are between 150 and 200 golf course closures each year in the United States due to oversupply and underdemand. He said he figures the country is midway through a 10-year period during which about 2,000 courses will close.

For those which remain, the demand may effectively meet the supply, and operations can run as they would like to be run.
“Golf is a part of the economy, and that’s a message we often don’t talk about.”

Golf in Canada has essentially mirrored what is happening south of the border, although on a smaller scale. The most recent statistics showed there were about 60 million rounds played in Canada in 2013, however, there was a decrease of about 10 million rounds from 2008 to 2013.

Rossi said golf has both environmental and economic benefits. It provides ample green space, aids industry such as travel, and supports charity.