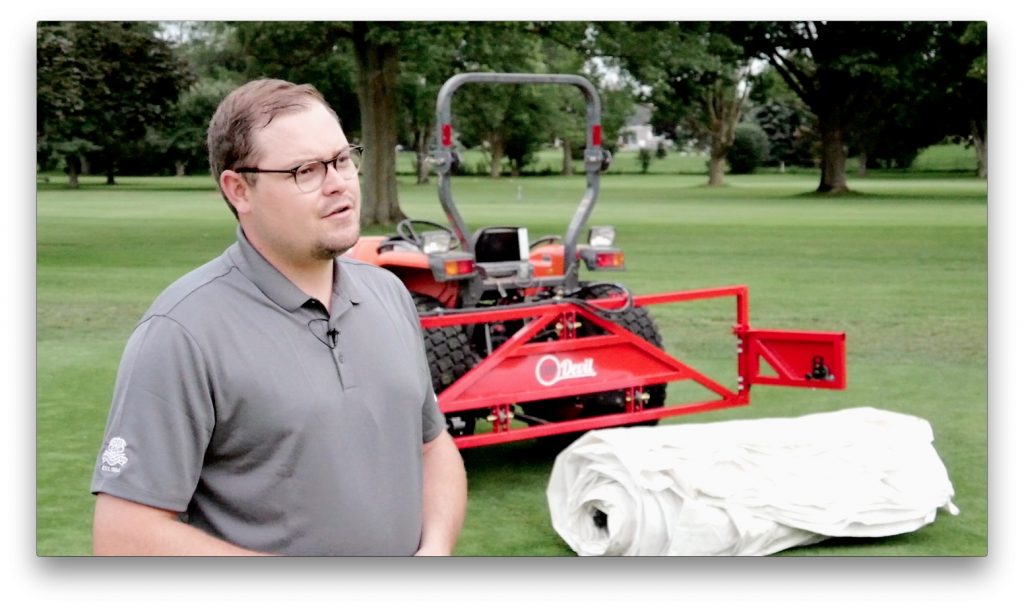 June 27, 2018 – The future of Canada’s professional turf and grounds maintenance industry is in good hands. From coast to coast, several bright, young superstars have been making a difference in the industry, paving the way for the next wave of up-and-coming professionals. This week, we profile the sixth (in alphabetical order) of our Top 10 Under 40 roster of selected recipients: Jordan Kitchen.

Jordan Kitchen, 27, associate superintendent, Hamilton Golf & Country Club; president, TarpDevil, Puslinsch, Ont.
Kitchen has come a long way since graduating from the University of Guelph five years ago. He sought a career in the golf industry because of his love of the outdoors, beginning as a high school student at Century Pines Golf Club in Troy, Ont. and continuing summer work there while studying political science in Ottawa. Upon his graduation from the University of Guelph’s diploma course, he was hired at the Hamilton Golf & Country Club where, as assistant superintendent (and more recently a promotion to associate superintendent), he has integrated a number of new protocols aimed at sustainability and the member experience.

Two seasons ago, he and superintendent Rhod Trainor hosted a new technology field day at the club, which Kitchen organized.

Perhaps his most noteworthy accomplishment, however, was his invention of the TarpDevil, a tractor attachment that simplifies the deployment and collection of turf covers on golf courses and sports fields. He realized there had to be a better way of putting covers down, collecting them and storing them that would be less labour intensive and add shelf life to the covers.

Along with an engineer friend, the TarpDevil was born. It has been showcased at such events as the Canadian Golf Superintendents Association conference and trade show and has generated plenty of viewership on YouTube. Since its introduction in 2017, TarpDevil has established exclusive Canadian distribution partnerships with BrettYoung and Turf Care Products Canada. More recently, TarpDevil entered into a partnership with GreenJacket, a U.S.-based manufacturer of turf covers. The unit has now entered the global market.

In his quest to achieve greater sustainability, Kitchen said the TarpDevil fits the bill, making people’s lives easier and promoting enhanced efficiency. He gives much credit to the Chimera Group’s John Bladon for planting the seed of TarpDevil in his head. Hamilton is a customer of Bladon’s, and Bladon has since become a partner in TarpDevil.

Kitchen is in the final stages of obtaining his master’s degree at the University of Guelph with a specialization in food and agri-business.