Features Snow & Ice
A primer for snow and ice pricing 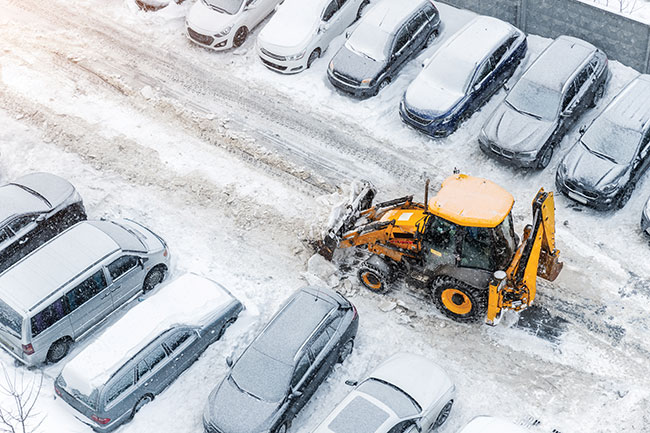 Commercial parking lots are often higher priority customers for snow contractors and wish to be at the top of the list for snow removal when accumulation reaches an agreed-upon minimum. Photo credit: Kirill Gorlov/Adobe Stock

Pricing for snow and ice services can be tricky. Several considerations must be made by contractors to determine which method of pricing is best for him or her. Such factors include market rates, production hours, time and materials, contract types, and the actual cost of providing the service to customers.

Market rates are used by all contractors to some extent, he said, suggesting they help determine a price range that lets contractors know if the rates they’re charging for plowing, hand removal or salting fall within the range the market has determined.

“Sometimes we fall into the trap of believing that market rates are the only way we can price,” he said.

Steele warned market rates by themselves should never determine how services are priced because each company has different costs for various inputs which all demand recognition for how prices are set.

“Don’t let the market tell you what you have to charge. Make sure what you’re charging is based on the factors that are important to your company.”

Every contractor has production hours to sell, and this can be a good indicator of what a product or service’s base pricing should be, he said. If a contractor charges $60 an hour for hand removal and understands the job will take four hours, the price should be about $240. Contractors must price correctly and ensure that hourly rates consider the cost of production, he added.

Time and materials pricing can represent a base for how snow contracts are written, Steele said, adding it provides the least amount of risk because contractors are charging for actual hours and materials on the job.

“If you don’t know what you’re supposed to charge, time and materials is a good way to make sure you’re not going to lose your shirt in terms of production.”

He cautioned, however, that contractors could potentially realize lower margins with time and materials pricing because they’re charging for actual time and materials at a predetermined rate for labour, materials and equipment. That rate could be lower than what they might be able to get in a per push, seasonal or flat rate contract.

Time and materials pricing could also come with a possible large administrative burden that’s needed to calculate invoice pricing. This is something newcomers to the industry should know, Steele said.

Flat rate contracts
Flat rate contracts are ideal because they provide consistent revenue, he said. Customers are told what they’ll be charged monthly during the snow season, no matter how many times snow removal services are rendered. The downside for this type of contract is that pricing is based on a “sometimes win, sometimes lose” proposition.

Steele said if contractors wish to consider a flat rate contract for a new customer, they should be viewed as three-year contracts. Perhaps the first year will see less snow for the contractor to remove which presents a “win” because his costs are far less than what the customer is being charged. The second year might be a “loss” for the contractor who might have to push more snow than anticipated. The third year might strike more of a balance between the amount of snow to be removed and the terms of the contract.

Contractors should be aware, however, of such flat rate contract safeguards as abnormal storms that may fall outside of standard pricing, he said, adding a “blizzard clause” should be written into every contract.

“When you base that flat rate contract on normal snow conditions, it doesn’t take into account things that fall outside the contract. Make sure that you have some protections that allow you to charge more for blizzard-type conditions on top of that flat rate you’re charging.”

“Per push” contracts allow for consistent flat rate prices for single removal services, are easy to bill and can provide consistent revenue. If a “push” is determined by a snowfall amount of at least two inches, both the contractor and customer must know that the same rate will be charged every time it snows two inches or more. Steele said it’s important for contractors to master their production rates, noting that if they are unsure about the time it will take to remove two, four or eight inches of snow, and are simply guessing, they could face something that may haunt them the entire season.

“An incorrect calculation of the required labour and materials isn’t something you’re going to eat just one time. You’re going to eat it every single time you perform that snow removal service for that property.”

Such a dilemma can be prevented by knowing how much time and material are needed on a per push basis. 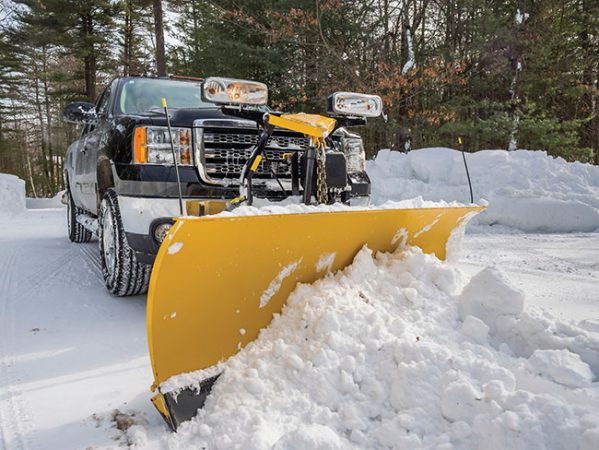 Flat rate contracts can work for or against the contractor, depending on the number of snow events that occur during the season. Photo credit: Christian Delbert/Adobe Stock

Priority and minimums
An inverse relationship generally exists between priority and minimums, Steele said. Customers with a low minimum removal, such as zero tolerance, are typically given the highest priority. A homeowner’s association (HOA) that has a four-inch minimum push are likely to be a lower priority for the contractor. Minimums must be factored into pricing, he said. If the same HOA wishes to be a high priority customer for a four-inch push, the contractor may need to charge more or establish that the customer won’t be first in line.

Inputs including labour, equipment and fixed overheads must be factored into pricing along with such other considerations as equipment maintenance costs and sub-contractor costs. Steele said if a contractor sets his prices higher than those of his competitors, he might “price himself out of the market.”

For many contractors, snow removal services are an add-on component of seasonal landscaping services. Snow budgets should be separated from “green” budgets, Steele said.

“There’s a good reason for that. Snow is fickle. You never know from year to year whether you’re going to have a good snow year or a bad year.”

By balancing out a green budget so that performed services are profitable at a desired level without the need to factor in snow revenue, contractors should be safe in any year. Contractors should avoid falling into a trap where they demand high snowfall amounts to cover their profit margins and overheads, he warned.

From time to time, contractors will have to contemplate price increases for their customers. The “do nothing” approach may be favoured by the customer who is apt to remain loyal to the contractor if he continues to provide quality work, but opting not to increase his prices is the worst business decision a contractor can make, Steele said.

One strategy contractors may consider is a blanket amount increase in which pricing is increased by a certain percentage across the board to all or most customers. Although it’s better than doing nothing, contractors who implement a blanket amount increase tend to be influenced by the amount they think the market will bear rather than thinking critically and acknowledging the amount needed to maintain margins and offset the increased costs for labour and materials, he said.

A third option is a minimum increase based on the producer price index (PPI). Steele said the reason PPI is considered rather than the consumer price index (CPI) is because it’s based on the cost of finished goods, considering the increased costs of such inputs as labour and materials.

The most recent PPI, which came out in April, was the largest increase ever on record, he said, emphasizing how critical it is to pass along some type of increase to the customer. Even if the entire amount can’t be passed along, a compromise must at least be reached.

“The biggest strategy for increasing prices is a combination of your profitability goals internally and a recognition of what your increased costs are, and then balancing them out with what you believe the market will bear in terms of increased costs to the client.”

Market considerations also factor into pricing and contract types. Understanding the types of properties he services, a contractor may realize that a per push contract isn’t something he can sell in his market, forcing him to consider other contract options.

Snow sales and operations are a year-round process and shouldn’t be placed on the back burner until the end of the green season, Steele said. Delegating snow sales and other related tasks to full-time staff throughout the year “will make that transition into the snow season a little bit smoother for you.”

Snow customers are aware of today’s rate of inflation and will likely expect a price increase, he said, but when discussing renewals with them, the conversation shouldn’t be focused on price alone. A positive spin should be placed on the renewal discussion.

“Maybe it’s a better service or higher quality. Maybe it’s better quality of staff through training. Whatever it is, make sure you put a positive spin on that for your client base.”