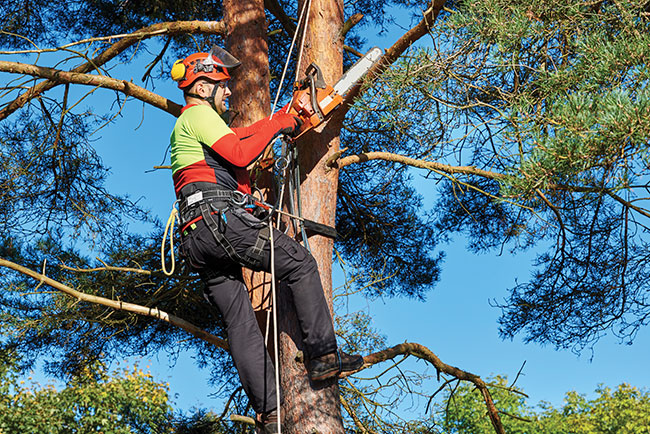 Unsafe work can be done and no injury may occur, but the absence of injuries doesn’t mean that the work is being done safely. Photo: Adobe Images (Thomas Sollner)

Employees are often asked to eliminate or manage hazards, to not make mistakes, and to avoid taking risks at all costs. But adopting a risk-averse mindset fails to encourage diverse thought, and management strategies that focus on compliance without thought generally lead to tension and disengaged workers.

The greatest asset on any single job is a thinking human being, human performance improvement specialist Joe Estey says. Speaking at the virtually delivered GIE+EXPO in the fall, he said the development of a strong workforce comes with the understanding that a company’s best asset for its success and longevity is having empowered employees whose input is valued.

“If we inadequately manage risk, we decrease the amount of thinking that’s going on at the time when a job is being planned and completed,” he said.

Estey, the author of The Recipe for Resilience, published in 2020, coaches and consults for a variety of industries, including groundskeeping and forestry management. He is based in Kennewick, Wash.

Company systems are good but can fail because they’re designed by human beings, he said. When adequately managing risk, managers and leaders need two types of skills. Managing work done by others and a leader doing the work require two different sets of skills.

Estey recalled a time when he was promoted to the position of first line foreman, but told his superior he was ill-prepared for the role because he was good at what he did on the line and hoped to continue doing what he knew best. His superior told him that his new role was to groom others so that they could carry on without him.

As a supervisor, foreman or manager, the idea is to create an environment where work can be done flawlessly, even though the work is being done by human beings who are flawed by nature, Estey said.

“Accidents don’t occur because people don’t care. Accidents occur because errors and mistakes are involuntary. No error is a choice. You don’t choose to make a mistake.”

An accident or mistake can occur within milliseconds. He said a work environment can be created that puts an intervention in place to keep that millisecond from catching up to people’s actions and decisions, but it has to be a deliberate thought process “to keep us away from our own mistakes.”

Estey said he often hears companies say their work practices have been the same for years, and they’ve yet to experience a problem.

“What they actually mean is they haven’t had a consequence yet.”

A problem in the field may go unnoticed because the workers are usually good at their job, and they’re able to muster through a problem without a consequence “until they have a consequence and then it surprises all of us.”

Accident prevention
Estey spoke of a tragedy that occurred within an organization, profoundly affecting an individual. If any organization experienced such a setback as this, an employee or foreman would likely say, “We knew this was going to happen.”

“They’re not usually saying that flippantly. They were just hoping against the best of the planning they could have done, but didn’t.”

It’s poor to manage work based on the absence of something that didn’t happen, Estey said. Unsafe work can be done and no injury may occur, but the absence of injuries doesn’t mean that the work is being done safely.

“People routinely can get a job done unsafely and still not have a consequence until they do.”

A principle without practice is like having a weight scale, he said. It provides information but no meaningful method for employing what to do with the number. It tells you “where you’re at,” but not how to get to “where you’re going.”

Data collected by organizations serves one of two purposes. Using it for one usually discounts it from serving the other purpose. The first purpose metrics tells a company whether it’s in compliance upon inspection. Some data just measures if a company is in compliance and whether it’s doing what’s expected to be done.

“But the most useful data is used for learning. Are we learning anything about what we’re doing? We need to create data that leads to learning.”

When one becomes a leader, his responsibility should not be to be in charge of the people doing the work, but to be responsible for the people in his charge, Estey said. Much of that comes from the way leaders communicate and the stories their words tell as well as the stories that employees’ words tell leaders.

“When we talk about being accountable and stress accountability to others, it’s not the word that counts but the story behind the word.”

Leaders must also be able to distinguish between issues of motivation and ability, Estey said. One may be motivated to do something, yet may be hampered by a lack of ability. Recognizing that a job not getting done may be an ability issue rather than a motivation issue is something leaders need to know.