Snow contractor learns to be better prepared for the big one

There is nothing like the first storm of the winter season to initiate a new employee into the world of snow and ice management. But when that first storm also happens to be what would become the biggest and worst of the season, and a snow and ice contracting company is caught unprepared for it, it becomes an extremely trying time for everyone involved.

Officials from Skyview Landscapes Inc. in Waterford, N.Y. shared their experience dealing with a late 2019 storm with virtual attendees present at the Snow & Ice Management Association’s (SIMA) snow and ice symposium in August. Originally scheduled to be a live event, the symposium became a virtual offering due to the ongoing COVID-19 pandemic.

Skyview owner Michael Scaringe said his company was busy in November completing fall season cleanups, enhancements and construction projects to finish its landscaping season when he heard the area might be getting a blast of winter at the beginning of December.

“In the back of my mind, as the business owner, you’re thinking the first storm of the year can’t be the big one,” he said of the Dec. 1 weather event.

Scraringe pushed his employees toward finishing up their fall cleanup work and ensuring their properties were “buttoned up” before the storm hit. But he admitted he didn’t take the weather forecast seriously enough, acknowledging company trucks were still outfitted with leaf cleanup boxes and crews were still installing patios.

The Dec. 1 storm hit, dumping 24 inches of snow over a prolonged duration and leaving intense pockets of snow in places. Additionally, temperatures plunged, and bonding issues with the pavement were being experienced.

“Everything was there to be a full blown snow event right at the beginning of the season,” Scraringe said, adding it was frustrating, aggravating and embarrassing.

Bolstering Skyview’s team were nine landscaping students from the State University of New York (SUNY) College in Cobleskill, who had some basic classroom and equipment training yet hadn’t “cut their teeth” in a significant storm. Among the students was James Wilson, an intern with the company at the time.

“What we weren’t really bargaining for was that this storm was going to be the biggest storm of the season,” he said.

Cast into the fire
The students were briefed the day before the storm by their college instructor, who told them what they might expect and the things that could go wrong. Wilson said he and his fellow students were told to prepare for what could be a serious undertaking that was apt to be more than just a two-inch snow event. They were going to be cast into the fire where they would see if they sank or remained afloat.

Wilson and four others were assigned to a large commercial office park while others tended to parking lots or clearing driveways and keeping roads open.

An audio clip was played during Scraringe’s and Wilson’s joint presentation, depicting the frustration experienced by student Gavin Erdody, an advanced snow management (ASM) operator working for Skyview during the storm. He recalled a “white knuckle” drive to his job site, only to find the road reduced to about a foot in width and nothing marked up. He and a partner had never previously visited the site and were assigned to plow driveways that weren’t marked.

“We didn’t even know where the road was at this place,” Erdody said. “There’s nothing. The feeling of being overwhelmed had already sank in as soon as we started to make this drive from where we were to where we were going.”

The company’s plan was to continue working until 10 p.m. Crews were to rest afterwards and return in the early morning to continue removing snow.

He and his partner got 45 minutes of sleep before continuing to plow. Residents had awakened, telling them they needed their driveways plowed so that they could go to work, but Erdody said he wasn’t even sure where the driveways were located because they were buried under two feet of snow. To complicate matters, their snowblower clogged up every five minutes and they were caught without a shovel. They resorted to their plow, but then realized it was broken.

Erdody said he and his partner felt overwhelmed at the prospect of having to clear 55 driveways with a broken plow and a blower that kept clogging up. He admitted he briefly thought about “throwing in the towel,” but he understood there was still a job to be done. In spite of the setbacks, he said learned a lot about preparedness from the experience.

Scraringe said, as the owner of the business, it hurt to hear what his employees were saying and added he realized he was behind the game going into the storm, even though more snow fell than was forecast.

Following the storm, the company enacted a set of solutions for moving forward: keeping an open mind, communicating, empowerment, preparation and analyzing, and improving and optimizing.

Scraringe said he should have forewarned his staff that the snow event was apt to be their first experience with a storm and things might not go right. He also had a message for his leaders with regard to what they should be saying to their subordinates, including the tone of their delivery.

“You as the leader set that tone,” he said. “If you’re upbeat and positive and you set the expectations correctly, I think it will go much better for the people around you. The way you conduct yourself and hold yourself is a direct conduit as to how your people are going to do the same.” 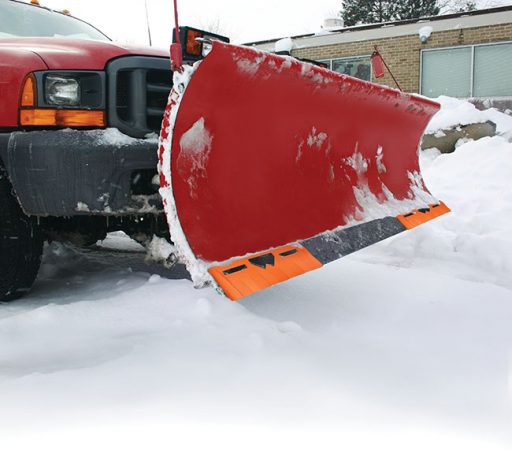 Ensuring all equipment is in order before the big snow event hits is imperative.

Reflecting on the storm
Wilson said there were two possible ways to look at the storm experience – to either look at it as simply a job, or to create an investment into people so that they understand they are providing an essential service.

“Having an open mind helps that because it’s not necessarily going to be an easy experience to handle,” Wilson said. “By preparing the expectations of your new team members, that sets us up to know that maybe this wasn’t going to go right the first time, but we will build on it for the next time and we’ll continue to keep building on it until we feel we are delivering the level of service, both as an employee and the company we represent.”

Scaringe said a dependable line of communications is imperative during a large snow event.

“From an operations standpoint, it’s important for everyone to have each other’s phone numbers so that there is a pipeline of information in the field among leaders and staff,” he said. “With everyone so busy during the event, there wasn’t really the time to communicate properly, and that’s where the communications broke down and a lot of the frustration started, and that’s where we lost control of some of our sites.”

The failure to relay the company’s message that snow removal work was to stop at 10 p.m. to allow the crew to rest before hitting it hard again a few hours later was a key breakdown in the line of communications, Wilson said.

“That was never passed along the proper chains,” he said. ”And what ended up happening was we had a crew in a tractor until the very early hours of the morning as nobody had passed along that message.”

Scraringe said it’s important to follow through with communications, including both the good and bad aspects.

“I’m a firm believer that solutions only happen when you’re honest with each other and when you’re able to talk things out and really grow for each other.”

Empowerment and decision-making go hand in hand, he said, adding mistakes are going to happen when people without the real life experiences an owner might have are empowered.

“As long as everyone is staying safe and we’re servicing the client to the best of our ability, you have to take those mistakes as training aids for the future, learn from them and put them out there for the rest of your team so that they don’t make those same mistakes.”

Empowering people allows them to feel they are a valuable component of the operation instead of feeling “they’re just the new guys.”

Preparation ensures everyone on the team knows and understands the company standards before a snow event happens. They need to know where the snow is to go once it’s cleared as well as the equipment and de-icing material stages.

“Everyone needs to know this,” Scaringe said.

Wilson said new operators were seeing the company’s sites for only the first time last year during the storm, and at night and under a foot of snow. Plans this year are to ensure staff familiarize themselves in advance with the company’s sites and have the necessary site maps.

“We’re going to focus on doing these things right and hitting on all the details that we saw during this snow event that really became a hindrance to the operation,” he said.

The need to analyze, improve and optimize became apparent after the company lost one of its snow removal contracts in the aftermath of the Dec. 1, 2019 storm.

“They thought we really dropped the ball on that,” Scaringe said, adding it can be difficult to secure new work today. “If we do get that big storm again, whether it’s the first or last storm of the season, we will be prepared.”

Wilson said the Dec. 1 storm, from a student’s perspective, was “the greatest lab you could possibly ever have. Every storm provides an opportunity to learn new lessons.”